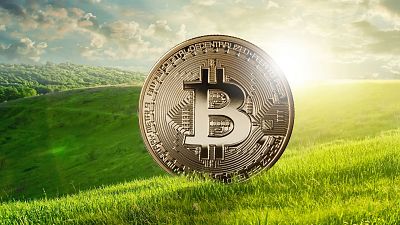 No one has had a bigger impact on the price of Bitcoin than Elon Musk but his concerns over the cryptocurrency’s environmental impact are likely to fall on deaf ears.

The Tesla chief filled the company’s coffers with $1.5 billion (€1.2 billion) in the cryptocurrency. But he made a U-turn earlier in May when he announced Telsa would stop accepting Bitcoin for car purchases out of concern over the "rapidly increasing use of fossil fuels for Bitcoin mining".

The price of Bitcoin dropped about 5 per cent within the first five minutes of the announcement and has been volatile since.

On Monday, Musk pushed his environmental concerns further by meeting with Bitcoin miners to discuss ways to make the cryptocurrency greener.

The price of the cryptocurrency shot up about 4 per cent immediately after his tweet, rallying further on Wednesday to hover around the $40,000 (€32,800) mark.

But those who made a pretty profit from Bitcoin's early days and the cryptocurrency's devotees have accused Musk of ignorance over mining methods. The backlash has even seen the birth of a new crypto coin called "FuckElon".

If it ain't broke, why fix it?

Experts are sceptical as to if Musk's comments will have any impact as there is no financial incentive for miners or investors to change their environmental ways.

I received a huge amount of hate from crypto traders and from the Bitcoin community, specifically on Twitter.

"Elon Musk will like it to happen, but there is absolutely no natural incentive in the system to try to make it happen," Alex de Vries, economist and founder of the Digiconomist website, told Euronews.

"Miners don't have the luxury to care about the environment because this is an extremely competitive market. All these miners are competing against each other for the rewards that are available through mining and their most important cost factor is electricity".

De Vries said solar power is also not an option as it is a less stable source of power compared to fossil fuels and you can only run the machines for half a day.

But it's not just the running of Bitcoin machines that are costing the environment. The heavy equipment is also not sustainable. The highly specialised equipment used for mining will only last for one and a half years and they are thrown out afterwards because they can only be used for mining.

How bad is bitcoin mining for the environment?

The latest figures from Bitcoinenergyconsumption.com show estimated annual emissions of over 57 million tonnes of CO2 per year, which is about the same annual carbon footprint as a small European country such as Norway or Ukraine.

A single Bitcoin transaction is equivalent to throwing away 135 grams of equipment, which comes down to the equipment weight of an iPhone 12 mini per transaction.

"They think that they can use energy as any other industry. They paid for this energy and they can use it in any way they like".

After comments she made to the Financial Times that Bitcoin "should die" for the financial good of the environment, Yaovaya said she received "a huge amount of hate" messages from crypto traders and the Bitcoin community.

"It seems that it's a really strong pool of investors who really believe in this technology, but at the same time who are not ready to accept any criticism of the current version of this technology," said Yarovaya, who is also a former Russian paralympic swimmer.

Bitcoin and cryptocurrency Ethereum use a system called "proof of work". The mechanism is used to confirm transactions and add new blocks to the chain. But the system requires a global network of computers to run at the same time when a transaction takes place. This is why it uses so much energy as it is designed to encourage increased computing effort.

Bitcoin could do the same as Ethereum by switching to the less-energy consuming "Proof of Stake" mechanism, which randomly allocates coins to users, who put up coins for collateral. But Ethereum has had teething problems in making the switch, which may put Bitcoin off.

Imposing fixed regulations from governments is another way to solve climate concerns. But cryptocurrencies were born out of anti-establishment sentiment and decentralisation so getting the balance right between the two sides is key.

One way is to make using renewable energy cheaper as miners currently seek destinations, such as China, where fossil fuel energy is the least expensive option.

"I believe that the key in changing the situation is to find ways to invest in renewable energy and how we can transform renewable energy into a more competitive way of getting energy and definitely a lot cheaper," Dr Charis Savvides, a lawyer, academic and blockchain and crypto regulation expert, told Euronews.

He said this is key to preventing Europe from pushing digital economies out to other countries and would enable the bloc to become a hub in the sector.

Europe and the United States are both working on regulating digital assets and their providers and are having talks with the key players in the cryptocurrency world.

"I think that the balance is in the hands of stakeholders. Everything depends on two things: that people are invited to discuss the problem and how open they are during the discussion," Savvides said.

"It's so simple, so obvious, but it's so rare at the same time".

The jury is still out on 'Britcoin,' says Bank of England chief