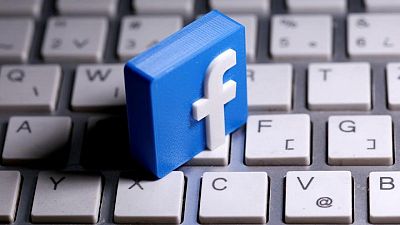 <p><body> <p>By Foo Yun Chee</p> <p><span class="caps">BRUSSELS</span> (Reuters) – Facebook is likely to face its first EU antitrust investigation in the coming weeks as regulators zoom in on its online marketplace after rivals complained about the service, a person familiar with the matter said.</p> <p>The move by European Competition Commissioner Margrethe Vestager would make Facebook the latest U.S. tech giant to be in her crosshairs following cases against Alphabet’s Google, Apple and Amazon.</p> <p>Facebook’s online marketplace, launched in 2016, is used by 800 million Facebook users in 70 countries to buy and sell items. It drew scrutiny in 2019 from the European Commission, which sent out questionnaires seeking details about its role in relation to rivals in online classified ads, an EU document seen by Reuters at the time showed.</p> <p>Companies were asked at that time whether they see Facebook Marketplace as a close rival in online classified ads services and how many visits to their sites came from ads placed on Facebook’s site.</p> <p>Classified ads competitors complained that Facebook uses its market power to give it an unfair competitive advantage, people familiar with the matter had told Reuters.</p> <p>The Commission and Facebook declined to comment.</p> <p>Opening an investigation would mark the start of a lengthy process that could take years before regulators issue a decision that could include a fine as much as 10% of global turnover and an order to stop anti-competitive practices.</p> <p>The Commission is also looking into how Facebook collects and monetizes its data in a second separate case.</p> <p>The upcoming EU investigation was first reported in the Financial Times.</p> <p/> <p> (Reporting by Foo Yun Chee, editing by Louise Heavens and Elaine Hardcastle)</p> </body></p>