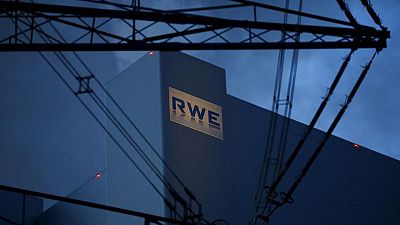 <p><body> <p>By Nora Buli and Terje Solsvik</p> <p><span class="caps">OSLO</span> (Reuters) -German energy company <span class="caps">RWE</span> has teamed up with Norwegian peer Equinor and metals maker Norsk Hydro to take part in Norway’s first offshore wind tender, the companies said on Wednesday.</p> <p>The acreage on offer is known as Soerlige Nordsjoe II, which borders the Danish sector of the North Sea. “The area … is ideally located for the supply of electricity to Europe,” the three companies said in a statement.</p> <p><span class="caps">RWE</span>, Equinor and Hydro will jointly prepare and apply to the Norwegian authorities to develop a large-scale wind farm with turbines fixed to the seabed. </p> <p>“A large-scale offshore wind farm at Soerlige Nordsjoe II could play a key role in expanding the North Sea as an offshore energy hub and create new industrial opportunities for Norway as an energy nation,” Equinor renewables chief Paal Eitrheim said.</p> <p>On Tuesday, another group, including Germany’s EnBW, said it intended to bid in the same part of the North Sea, presenting plans for a 1,400 MW project at an investment cost of up to 35 billion Norwegian crowns ($4.2 bln). [L5N2NC1F9]</p> <p>Equinor declined to say how big its project could become in terms of capacity and investment, which will depend on the tender details to be presented by the government in June, company spokesman Eskil Eriksen told Reuters.</p> <p>“We are interested in developing wind projects with scale,” he said. Most of the projects being developed by Equinor in Europe are for 1,200 megawatt (MW) or more.</p> <p>The relatively shallow water of the southern North Sea makes it possible to build wind farms without government subsidies, Eriksen said.</p> <p>Equinor, together with Italy’s Eni, is also preparing a bid for a floating wind farm in Norway in a second location to be offered, the companies said earlier this month.</p> <p>Several other consortia have said they plan to bid in the Norwegian tender.</p> <p>($1 = 8.2893 Norwegian crowns)</p> <p> (Editing by Jacqueline Wong, Ramakrishnan M. and Barbara Lewis)</p> </body></p>