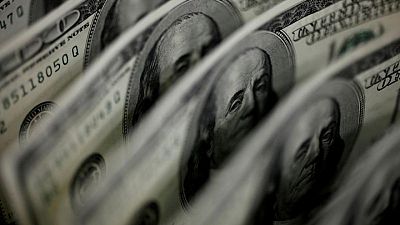 The massive injections of fiscal and monetary stimulus and ideas such as one-off taxes on the rich and basic income support for the poor potentially set the scene for the biggest egalitarian shift since generous welfare states emerged in western Europe after World War Two.

“The silver lining from the pandemic is that maybe there’s an opportunity here for us to review and renegotiate the social contract,” said Francisco Ferreira, director at the International Inequalities Institute at the London School of Economics (LSE).

Recovery programmes have set many major economies on the path of quick rebounds after a torrid 2020, and the International Monetary Fund estimates global GDP will grow 6% this year, a rate unseen since the 1970s.

But behind that encouraging headline, divisions are widening.

United States, one of the few countries to provide extensive ethnic breakdowns of economic data, April figures showed unemployment among whites falling from 14.1% a year ago to 5.3%; Black unemployment only dropped from 16.7% to 9.7%.

A March report on the gender gap by the World Economic Forum concluded that it would now take an average of 135.6 years for women to reach parity with men on a range of factors including economic opportunity and political power.

Meanwhile, developed countries’ dominance of access to the vaccines needed to ease restrictions and kick-start economies has led to urgent warnings that disparities between rich and poor nations will grow.

With the pandemic having highlighted existing inequalities – for example lower-paid workers concentrated in the service sector jobs hit hardest by lockdowns – some signs of a more incisive policy response are however emerging.

“An important place where that’s really happening is the U.S., where the (Joe) Biden administration represents a serious break from the past,” the LSE’s Ferreira said.

The president’s $1.8 trillion American Families Plan is expected to lift over 5 million children out of poverty and includes proposals for paid family and medical leave.

His administration’s push for a 15%-plus global minimum corporate tax is also gaining widespread traction.

Economists believe such policies could mark a departure from the Reagan-Thatcher era of “small government” that has dominated financial markets’ thinking for much of the past four decades.

The IMF plans to better account for risks related to climate change, inequality and demographics in its economic assessments.

It has urged advanced economies to use progressive taxation to alleviate inequalities exposed by COVID-19 including, as figures quoted by Oxfam show the world’s billionaires got $3.9 trillion richer between March and December 2020, possible taxes on accumulated wealth. [L2N2N72DW] [L1N2LU1U9]

A more radical redistribution of wealth, the universal basic income (UBI), is also seeing renewed interest with Wales looking to pilot such a programme. It was trialled in Finland in 2017.

“There is a direction of travel, which is moving towards the UBI model,” said Mike Savage, author of The Return of Inequality. “I think COVID will increase interest in UBI as a perspective.”

Central banks – which have sought to deflect criticism that their handouts, through bond purchase programmes, have worsened inequalities by inflating house and other asset prices out of reach of many – are showing a more explicit interest in societal issues.

The Federal Reserve has committed to “inclusive” full employment, citing the drag on economic potential from marginalised groups and income inequality. Addressing inequality is also on the European Central Bank’s radar.

Whether any of this will amount to real change is debatable. A rise in sovereign bond yields this year suggests markets have priced in a certain shift away from austerity but nothing more.

Yet some argue the status quo could prove politically unsustainable.

“The idea is that a crisis can be a turning point and it’s too soon to judge whether thoughtful policies will be transformative,” said Tina Fordham, partner and head of global political strategy at advisory firm Avonhurst.

“But if we don’t use the opportunity presented by the pandemic crisis to build back better, then we should be very concerned about a resurgence of populism not limited to the next 12 months but over the next one to two election cycles.”

Rising inequality is commonly cited as a factor behind rising populism since the global financial crisis, and added fuel to the Black Lives Matter protests that erupted last year.

It could feature in Europe’s most important vote this year, September’s German federal election. Promises to raise the minimum wage and consider wealth taxes are part of the debate, so are surging house prices.

But while a crisis can be a catalyst for change, the scope for disappointment is high with past talk of more inclusive forms of capitalism often producing few tangible results.

The LSE’s Ferreira says government should reduce reliance on “blunt” policy tools like hefty monetary stimulus as they emerge from crisis-fighting.

The Resolution Foundation think tank says Britain, criticised over plans to “level up” the economy with 830 million pounds ($1.2 billion) of urban renewal projects outside London, lacks a plan to address long-term challenges.

Equally, doubts persist over the European Union’s 750-billion-euro plan to create a more resilient economy and ensure the bloc’s rich and poor nations do not diverge further.

Ella Hoxha, senior investment manager, global bonds at Pictet Asset Management, said that while measures put forward by Italian Prime Minister Mario Draghi to address inequality are encouraging, “a heavy dose of caution” is warranted because Italy has struggled to reform its economy in the past.

Fordham at Avonhurst said authorities needed to take into consideration both the opportunity to reform and the imperative to do so.

Otherwise, “we’re simply planting seeds that will come back to haunt us in five to 10 years’ time,” she said.