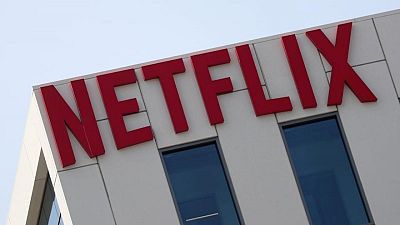 <p><body> <p>(Reuters) -Netflix Inc is looking to hire an executive to oversee its expansion into videogames, The Information reported on Friday, citing people familiar with the matter.</p> <p>The company has approached veteran game industry executives in recent weeks, the report https://bit.ly/3hQoYBk said.</p> <p>The move comes at a time when the video-streaming pioneer is stepping up efforts to grow beyond its traditional business as competition heats up and subscriber growth slows.</p> <p>The gaming industry has been a big pandemic winner thanks to a surge in demand from customers staying at home during the crisis. </p> <p>The report said Netflix had discussed offering a bundle of games similar to Apple’s online subscription offering, Apple Arcade, as an option.</p> <p>While the details of the company’s games strategy are still very much in flux, it has decided that the games will not feature advertising, the report added.</p> <p>Netflix did not immediately respond to a Reuters request for comment. </p> <p> (Reporting by Eva Mathews in Bengaluru;Editing by Vinay Dwivedi and Aditya Soni)</p> </body></p>