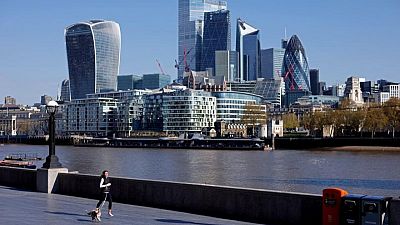 LONDON (Reuters) – British manufacturers reported the fastest growth in orders since December 2017 in May but fear supply-chain bottlenecks will cause their costs to rise sharply, according to a survey which adds to signs of a rebound for factories.

The Confederation of British Industry’s industrial orders balance – measuring the proportion of firms reporting order volumes above or below normal – rose to +17 from -8 in April.

Overall output growth over the past three months was the highest since December 2018 and represented the first material growth in almost two years, the CBI said.

Official data for March released last week showed factory output was 2% below its level in February 2020, before Britain went into its first COVID lockdown which caused output to slump briefly by 30%.

Other surveys of manufacturers, such as the monthly Purchasing Managers’ Index, have also pointed to strong growth. April’s PMI showed the biggest rise in new orders since November 2013.

However, the pandemic is still having a knock-on impact on global supply chains, with shortages of everything from micro-chips to building supplies. Last month carmaker Jaguar Land Rover temporarily stopped production at two factories in Britain due to a lack of semi-conductors.