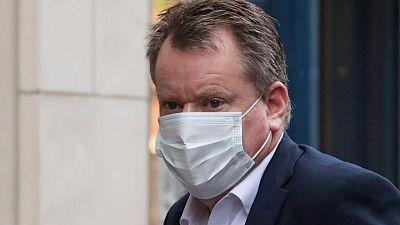 <p><body> <p><span class="caps">LONDON</span> (Reuters) – It is unlikely that Britain and the European Union will reach a so-called equivalence arrangement for food to ease trade between Britain and Northern Ireland, but London will keep trying, its minister for EU relations said on Tuesday.</p> <p>“I think the discussions are not over, I think there is a pretty significant difference between the two conceptions that may in the end make it difficult to reach agreement but we keep trying,” David Frost told a parliamentary committee.</p> <p/> <p> (Reporting by Elizabeth Piper; editing by Michael Holden)</p> </body></p>