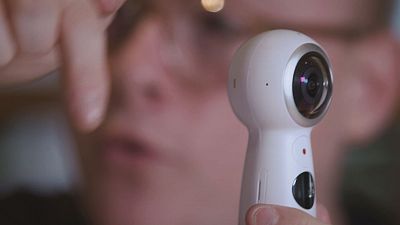 Breaking into new markets, especially outside your country, is never easy for any small and medium-sized enterprise. A network that has been setup across Northern Europe, however, is enabling entrepreneurs to overcome those difficulties by finding new customers and partners abroad.

It's called the Lean Landing Project and is proving very effective. Mads Vaczy Kragh, a project manager at the network, explains how it works: "Basically, it’s a project that offers companies a way to test their product on the market, to get information from the market, to meet new partners. In this project, we have 19 partners’ accelerators and incubators in six different countries: Norway, Sweden, Germany, the UK, Holland, and of course Denmark.”

MEPTEK is a small Danish company which offers communication courses using virtual reality and other innovative tools like 360 cameras. The goal is to give young people the skills they need to present themselves with ease. The idea is almost unique in Europe and those in charge at the company soon realised it could work further afield.

Thanks to the Lean Landing Project, the firm was able to break into the UK market. The network not only enabled the firm to recoup travel expenses, more importantly, it put them in touch with new partners and customers - all in a very short space of time.

“Basically it was free market research for us… I got a lot of inspiration on how I could improve what I am doing as well. So it was great to see what’s over there. How can we potentially fit into that market? And what is our niche, what’s our unique selling point to go into the UK Market?“ Jakob Friis, MEPTEK's co-owner says.

The help from the Lean Landing Project enabled MEPTEK to adapt to the unique subtleties of the British market and the specific needs of its new found customers.

"The first time we went over to UK, it was in January. A few month later, we went back. We actually had our first customer in November 2017, and now we can see, we have tested the market, there is market for us to basically expand, and over the next coming years, we'd like to expand, and maybe open an office over there,” Friss said.

In addition to MEPTEK, around 90 companies have benefited from the Lean Landing Project with more than 100 firms coming through the programme.

Recognised for this outstanding contribution to helping small businesses grow, the Lean Landing Project, a Danish initiative, was recently awarded the Grand Jury Prize at the European Enterprise Promotion Awards, organised by the European Commission.

Since 2006, more than 3,500 projects have taken part in the awards which have helped create thousands of new companies.