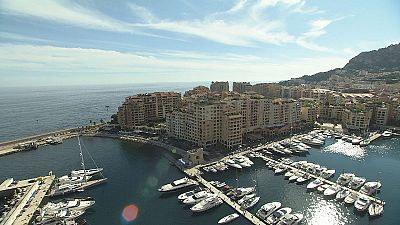 In Monaco not everything is luxury, quietness, and pleasure, to quote French poet Charles Baudelaire.

More than 5,000 companies are crammed onto the rock. Among them 111 manufacturing companies, bringing with them 3,000 jobs. Pharmaceuticals, cars, high tech or designer clothes, the principality is also a state which makes.

“Industry itself accounts for around 6 percent of GDP, whereas housing counts for 9 percent and financial services around 15 percent,” notes Jean Castellini, Monaco’s Finance and Economy Minister.

From the outside it’s hard to imagine workshops hidden in high rises. Anne-Marie Noir heads the Asepta-Akileine laboratories which makes among other things hair care products. The entire production line is based in Monaco on five different floors.

“The first restriction is the fact that we work on different floors and that doesn’t help the production process. Another is the price of rent in Monaco,” explains Anne-Marie Noir, CEO, Asepta-Akileïne. She explains that the company received a little leg up from the government, “ We’re in a government-owned building, but it poses a problem for the employees because renting a place is so expensive in Monaco.”

A large part of their 109 employees commute each morning from France and Italy. Around 45,000 of these ‘daytrippers’ travel to Monaco every day. That’s 9,000 more than the total population of the country.

A different trade faces the same problems. The Bettina group specialises in designer knits. Philippe Prud’homme manages around 120 employees who supply Hermès and Chanel. Despite the logistical headaches, there is a bright side to locating in Monaco.

“We won’t be worried about getting burgled every morning. We’re located in a zone under surveillance, we have total peace of mind,” Philippe Prud’Homme, Managing Director, Bettina.

Jean Castellini explains that there are no direct tax advantages to locating business in Monaco:

“The tax on businesses is not particularly attractive in Monaco since it’s a French rate. It’s 33.3 percent. So we can’t have any fiscal dumping.”

As well as cut price rent on buildings, the state provides money for training and research. Philippe Prud’Homme is fighting for the creation of a clearly made in Monaco label, to let the world know that the country is not just made of money.