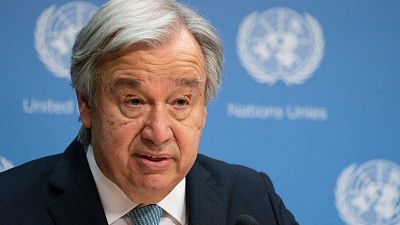 "It is fifty years since the United Nations convened the Stockholm Conference on the Human Environment. But since then, few of our promises on the environment have been honoured," Guterres says at the conference in Vienna.

Let me be blunt: most national climate pledges are simply not good enough.

"Last year, global energy-related carbon dioxide emissions grew by 6 per cent when they should be falling. Let me be blunt: most national climate pledges are simply not good enough," he says.

What is the Austrian World Summit?

The climate conference is taking place in Vienna on 14 June 2022, exactly 30 years after the 1992 Earth Summit in Rio de Janeiro, where the United Nations Framework Convention on Climate Change (UNFCCC) treaty was signed.

Since 1992, many speeches on the matter have been held, many promises have been made, but emissions continue to rise and the climate crisis and the issue of pollution are more pressing than ever.

"Facing a war in Europe has shattered long-held beliefs and now adds a new dimension to the topic of climate change. The climate crisis as well as war leaves us overwhelmed with fears and worries of what is to come," the summit's website states.

At this year’s conference, the organisers hope to send a strong signal to the world, that there is hope for peace and a sustainable future.

"We want to look back and learn from the past, but move forward enthusiastically. People need to know that change is possible – and how we are going to do it," they conclude.