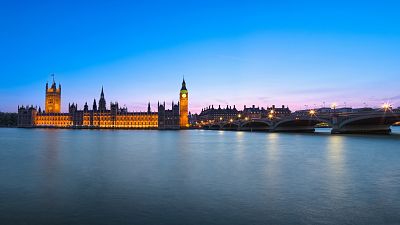 New data shows there has been a significant increase in walking and cycling in the British capital over the last year.

Travel habits have changed ever since the government advice told people to stay at home and not to use public transport unless absolutely necessary, back in March.

Transport for London (TfL)’s latest report suggests that the pandemic has been good for the city’s carbon footprint.

Toxic air levels have seen huge reductions. The number of Londoners living in areas where the amount of nitrogen dioxide (NO₂) exceeds legal limits has plunged by 94 per cent.

This is thought to be down to newly introduced low-emission bus zones and the launch of the ultra-low emission zone in central London in February 2019.

Mayor Sadiq Khan’s Streetspace programme has also led to a huge increase in the number of people living within 400m of the London-wide cycle network, from 11.5 per cent to 17.9 per cent.

“The scale of change is quite phenomenal,” says Alex Williams, director of city planning at TfL. “I struggle to think of any public policy initiative that has delivered that scale of change in this amount of time.”

31 per cent of Londoners say they are now walking to places they used to travel to by a different mode, 57 per cent say they now walk more for exercise and 42 per cent walk for longer than they did before.

“This new data fully encapsulates how the pandemic has transformed the way Londoners travel around our city. Many people enjoyed making the most of the quieter streets during lockdown and this change in habit has had lasting effects,” adds Will Norman, London's Walking and Cycling Commissioner.

TfL plans to spend at least £75m (€82.3m) on walking and cycling schemes across the capital over the next six months.

What about other British cities?

Policies on pollution and air quality differ depending on where you live. Greg Archer, UK director at Transport & Environment, is critical about the efforts to combat air pollution in other cities.

“Londoners are now breathing cleaner air across the city,” he tells Euronews Living, but “it is shameful that mayors in other UK cities, such as Manchester, Leeds and Bristol, have chosen to use the pandemic as an opportunity to delay introducing essential clean air zones that could save thousands of lives a year.”

Archer adds that Mayor Khan has been “outstanding” in reallocating road space from cars to bikes and buses and is leading a “transport revolution” in the capital.

Global warming has not improved overall

Despite the positive news in the UK, statistics suggest that worldwide lockdowns only had a tiny impact on global warming.

The World Meteorological Organisation (WMO) warns that the COVID-19 pandemic is not a solution for climate change and that the welcome fall in emissions in 2020 was "just a tiny blip on the long-term graph".

“There is no time to lose,” says Professor Petteri Taalas, WMO Secretary-General.

Currently, the most polluted countries in Europe are Turkey, Poland and Latvia, with the cleanest being Sweden, Finland and France.