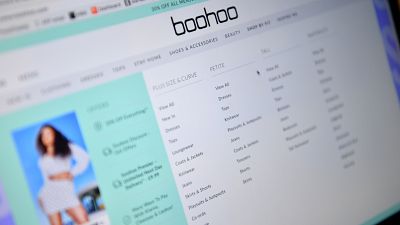 Fast fashion giant Boohoo is facing an investigation into accusations of modern slavery after it emerged garment workers at factories in Leicester, UK were being paid just £3.50 an hour.

An investigation carried out by The Sunday Times last week found textile workers producing clothes for Boohoo's suppliers were being paid far below the UK minimum wage (£8.72), while working in unsafe conditions.

Boohoo issued a statement on Wednesday, saying it was "shocked and appalled" by the claims in The Sunday Times.

The company faced criticisms earlier in the lockdown, as workers' rights group Labour Behind the Label reported that staff at the Leicester factories were "being forced to come into work while sick with COVID-19."

Leicester was the first British city to face a local lockdown, after a rise in coronavirus cases. The spike has been associated with the city's textile industry, which has continued to operate throughout the pandemic.

Fast fashion factories in Leicester are a long-standing issue, with authorities often struggling to find evidence of modern slavery, despite the prevalence of sweatshops in the city.

After recording extraordinary sales in the early weeks of lockdown, as the Manchester-based company capitalised on its customers' desire for comfortable clothing, Boohoo's market value has dropped by more than a third since The Sunday Times exposé was released.

The fall-out has seen the brand dropped from other online retail platforms, with Next, Asos, and Zalando all cutting ties with Boohoo and its subsidiary brands, Nasty Gal and PrettyLittleThing.

Boohoo's management has launched an independent review of its UK supply chain and pledged an initial £10 million "to eradicate supply chain malpractice."

Fast fashion: a disaster for people and planet

Environmental experts have long been calling for a "total abandonment" of fast fashion in order to prevent an ecological disaster. The fashion industry is one of the most significant polluters in the world, responsible for 10 per cent of global carbon emissions.

As the public grows increasingly aware of the human and planetary costs of fast fashion, more and more ethical alternatives are emerging. Project Cece, for example, founded by Noor Veenhoven and sisters Melissa and Marcella Wijngaarden, is a tech start-up which has recently become Europe's largest sustainable clothing platform.

"We want to really show fast fashion brands like there's money in [sustainability]," explains Veenhoven, "then we can change the industry. We want to be a platform that will be useless in the future because everything will be sustainable."