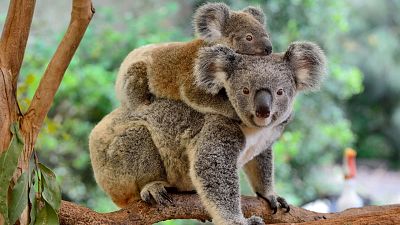 Koalas are known to live in the eucalyptus forests of southeastern and eastern Australia. A new report confirms that due to a loss of this habitat, the animals could become extinct in the state of New South Wales (NSW) by 2050.

Land clearing for agriculture, urban development and mining have already adversely affected the koalas’ home. Over the last year, the prolonged bushfire season has made preserving existing land even more difficult as much of it was tragically burnt.

At least 5,000 koalas died in the fires and a quarter of their habitat was destroyed across the state.

As a result of climate change induced drought in the region, many koalas are being brought into care in malnourished and dehydrated states, says the report, as they are no longer able to get adequate hydration from the leaves they eat.

It now warns that this “devastating” loss could mean future generations will never see a koala in the wild.

“It is undoubtable that the game has changed dramatically for koalas. The evidence could not be more stark,” writes Cate Faehrmann, MLC Committee Chair, in the foreword.

The committee report offers 42 recommendations to ensure the future of the koala and urges the Australian government to get behind their plans in NSW. Recommendations include the creation of a Georges River Koala National Park, funding to be allocated to explore the use of drones to detect and rescue koalas, and adequate resources to be provided to key groups such as the Biodiversity Conservation Trust.

“Koalas have suffered relentless ongoing pressure in NSW,” WWF spokesperson Stuart Blanch told Euronews Living. They were “already on the path to extinction” even before the devastating bushfires. It will take a long time for burnt areas to fully recover, so “intact bushland has never been so important,” he says.

“The NSW Government has failed to stop core koala habitat being bulldozed on private land or chopped down in coastal state forests. No trees, no koalas,” says Blanch.

Described as “strong, comprehensive and timely” by WWF, the report comes ahead of another document this week which will re-assess Australia’s national environmental laws. The government conducts a review every 10 years into the Environment Protection and Biodiversity Conservation Act.

Koalas are listed as vulnerable by the International Union for the Conservation of Nature, which names the species as one of 10 animals most at risk when it comes to climate change. WWF is calling on the government to urgently protect koala habitat and increase funding for farmers who actively conserve trees where koalas live.

The government has stated that it will consider the report and respond “in due course”, a spokeswoman for state premier Gladys Berejiklian told Reuters. She added that A$44 million (€26.8 million) has already been committed to a koala protection strategy.