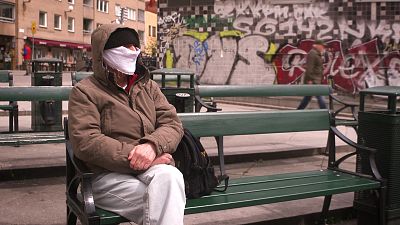 In this episode of Climate Now we explore whether climate change is increasing the risk of certain diseases for Europeans.

But first, we have a quick run through of the latest climate data for April 2020, from the Copernicus Climate Change Service.

It was warm and dry across much of Europe last month. The latest data from the Copernicus Climate Change Service showed it was 1.3 degrees Celsius above the pre-industrial average, making it the joint warmest April on record, together with April 2016.

In a month when millions of us were confined at home, it barely rained in some places. When looking at the precipitation anomaly map for Europe below, the parts coloured in pink show areas that were drier than average last month. On the map of soil moisture, anywhere coloured in red means that the top layer of soil was drier than average in April. It was not the same story everywhere, though, as the blue across the Iberian peninsula shows that in this part of Europe it was wetter than average.

April was also a record-breaking month for sunshine in many countries in Europe, including the UK and Germany. Some places received twice their normal amount of sunshine.

Many of us are concerned about health at the moment with COVID-19 the disease uppermost on everybody's mind. Many people have asked whether the virus will fade away this summer, just like the seasonal flu. We asked Professor Jan Semenza, from the European Centre for Disease Prevention and Control.

The honest answer is that nobody knows. "This is a new virus that has never been here, so we don't know how it's going to behave in a different climate, in a different seasonality," he says.

"What we do know is that other coronaviruses that normally circulate in human populations, they peak in the winter and tip down in the summer and disappear. We hope that this one will behave the same, but we are sceptical about whether that's going to happen or not," explains Professor Semenza.

Climate change is not responsible for the emergence of COVID-19, but global warming does increase the risk of other diseases in Europe, including a bacteria called Vibrio that thrives when the Baltic waters warm up.

"When people then go into the water they can get a wound infection, if they have a wound. Or they can get diarrhea from gastroenteritis or other problems like ear infections from these type of bacteria. And it turns out that these bacteria are quite dangerous, because if you have a wound infection it can cause blood poisoning, and that blood poisoning has the same case fatality rate as Ebola. So it's very dangerous, people die from that," Professor Semenza tells Euronews.

ECDC has helped develop an early warning system to alert countries around the Baltic when the bacterial risk is too high.

Elsewhere, the emerging health threat is quite different.

In southern Europe, it comes from the arrival of Asian tiger mosquitoes, carrying tropical diseases.

"So we see Dengue, Chikungunya, Zika, which are tropical diseases that didn't really exist before in Europe, and we see more of these types of outbreaks in Europe occurring because of the increased environmental and climatic suitability for the mosquito-borne diseases to occur," says Professor Semenza.

Tiger mosquitos are now present all year round in the coastal and river zones in red in the map above. So how should we adapt to these new kinds of risks?

"You don't want to get exposed to mosquitos that can bite you and transmit a tropical disease. You might want to avoid bathing in waters that have a high level of bacteria, that could potentially be a threat to your health. So there are lots of things one can do to minimise the impact of climate change from an individual perspective," concludes Professor Semenza.