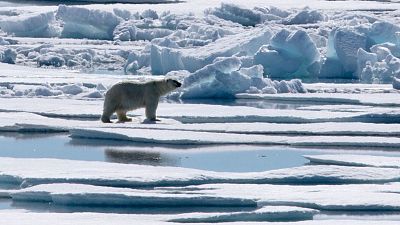 Staff at the Wrangel Island Nature Reserve are using drones to monitor polar bears for the first time. The new drone monitoring programme will allow staff to obtain the most information possible and help the population thrive.

The remote Arctic island is one of the most important locations for conservationists as it has the highest density of polar bear dens in the region. The territory is a UNESCO World Heritage Site and is nicknamed the 'maternity home of polar bears'. Due to sea ice shrinkage, the mammals, now listed as a vulnerable species on the IUCN Red List, are spending an increasing amount of time on dry land.

"This is where the majority of pregnant females of the Chukotka-Alaskan polar bear population lie in dens every year," says Mikhail Stishov, WWF-Russia project coordinator for Arctic biodiversity conservation.

Conservationists usually count polar bears in March-April when females leave their birthing dens and take their cubs to the sea, where they teach them survival and hunting skills.

For the first time, experts are using drones to search polar bear dens

Usually, at this time of the year local conservationists use snowmobiles several times a week to look for dens in person. This can prove challenging, and at times dangerous, for the researchers, as dens are often positioned high-up on the island. Additionally, the entrances are little over a metre wide and are practically invisible when the bright spring sun reflects off the snow.

This research "gives a lot of useful scientific information for future analysis," WWF-Russia Arctic Communications Coordinator Dmitry Ryabov tells Euronews Living. Experts can use this technology to develop more adapted conservation measures, as well as better understand the state of the population and the health of the animals.

The experiment's results are yet to be released, but Ryabov says that "generally speaking, it was a success. Of course, more tests in the future is needed, but drones are a good support in such work."

Click on the video above to see how the polar bears react to the drones.