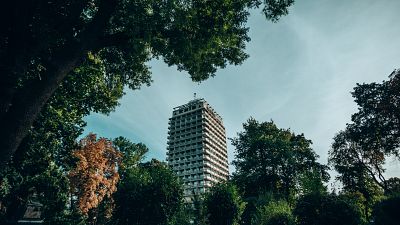 A Canadian research firm which ranks corporations on their sustainability credentials has announced the top 100 green companies of today.

From Google’s parent corporation, Alphabet (number 62), to Toyota (92) and Tesla (74), many new names made the cut this year. At the top of the list was Danish renewable energy company Ørsted, which was confirmed number one by Corporate Knights at Davos.

Ørsted is no stranger to the top 100 list, having risen from fourth place in 2019 to first in 2020. It is the first energy company to come out on top, having shifted from using fossil fuels to renewables in the last 10 years.

Wind farms owned by Ørsted supply power to over 13 million people and the company plans to expand that to 50 million by 2030. It has reduced its carbon emissions by 83% since 2006 and aims to be carbon neutral by 2025.

How was the result determined? Research firm Corporate Knights, nicknamed 'the voice for clean capitalism', assessed each company using 21 key performance indicators. These ranged from waste generation and emissions, to energy productivity, water use, taxes paid and women in senior executive positions.

Henrik Poulsen, CEO of Ørsted, said he was “immensely proud” to rank top out of the 7,000 public-listed companies assessed. He added, “from our origins as a traditional fossil fuel-based energy company, we’ve transformed into one of the largest renewable energy companies in the world.”

“It’s time to take real action to create a world that runs entirely on green energy.”

According to analysis by Corporate Knights and Thomson Reuters Datastream, the 100 most sustainable companies have longer lifespans. While other companies usually last for around 63 years, the average age of a Global 100 company is 87 years.

H&M was in the top 30 sustainable companies, ranking number 27. The brand scored consistently highly throughout the categories, including coming first for percentage of women in executive management (60%).

However, Orsola de Castro, founder of not-for-profit global movement Fashion Revolution, is sceptical about the result. Speaking to Euronews Living, Orsola says it’s great that fast fashion brands are investing in sustainability more than their luxury counterparts, but the problem is - “the issue of quantity over quality is still the elephant in the room.”

She continues, “unless those brands that are hell bent on exponential growth re-examine their mass production practices, investing in sustainability won't solve the whole issue.”

After ranking successfully on Corporate Knight’s top 100 list, it is clear H&M has been committing to green investment. Introducing the ‘conscious collection’ last year, actively supporting a circular business model and collecting 20,649 tonnes of textiles for reuse in 2018 are just some of the milestones the brand has already achieved.

But is it enough? “I am still waiting for the day that fast fashion brands will start to address slowing down production, by making fewer products that are better made, by workers who are allowed to unionise and are better paid."

"That is the only way we can look forward to a truly sustainable future,” concludes Orsola.