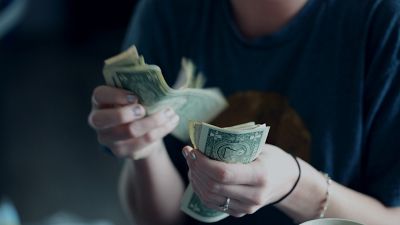 We’re deep into Veganuary with many people making the choice to ditch animal products because of environmental concerns. There are hundreds of reasons why people choose to become more eco-friendly but some things have a bigger impact on green behaviours than others.

Changing our behaviour fast enough to combat climate change, however, is a big challenge. According to the Climate Action Tracker, Europe’s efforts to slow down climate change are still not enough and whilst government action is likely to make the biggest impact, individual efforts are important too. The now-famous IPCC report recommends that we all try to make changes like driving less, eating fewer animal products, and choosing products that have a lower carbon footprint.

So what are some of the biggest reasons why people abandon their environmentally unfriendly ways and go green?

A connection with nature

Living in an area that makes accessing nature difficult could leave you less likely to care about the environment. People who spent more time in parks, woodlands or on beaches were more inclined to take part in green activities like recycling, a study by scientists at the University of Exeter has found.

The more times that people visited nature the more likely they were to appreciate the natural world and so take part in activities that were likely to save it. Those who lived in rural areas or close to the coast were the most likely to be pro-environmental.

The scientists behind the study also point out, however, that having access to green spaces is a wealth issue. Houses in areas where nature is easier to access are more expensive which can make it harder for people in less wealthy areas to form a personal connection.

The effect of green spaces on people’s eco-friendly behaviours was the same regardless of economic status so increasing access to nature could have a big impact on how many people choose to live a sustainable lifestyle.

Money has a big impact on people’s green behaviours. A study by VoucherCodes.co.uk found that savings made as a side effect of living a more environmentally friendly life were a bigger motivation for British people than teen activist Greta Thunberg.

The study claims that an eco-friendly approach could lead to savings of around £60 every month just by making a few lifestyle changes. This saving had a big influence, particularly for those aged 18-24, on whether people thought reducing their impact on the planet was worth it.

“It’s a shame that more of us can’t see the benefits of living a greener lifestyle, particularly when these changes can also save us money,” says Anita Naik of VoucherCodes.co.uk, “We can benefit both the planet, and our bank accounts, by living more sustainably.”

Fear for future generations and a sense of guilt were among the top reasons that Vouchercodes.co.uk found motivated people to make eco-conscious lifestyle changes. In an age of unavoidable news, stories about the devastating impact of climate change are impossible to ignore. Some climate news is so bad it has even sent people to therapy and has led to the phrase "eco-anxiety" being coined to describe an all-consuming fear of environmental catastrophe.

It’s not all doom and gloom, however, as seeing environmental issues reported can make people curious. A study of people across Australia and America found that 77% wanted to learn more about living a sustainable lifestyle.

Solutions like education are important in making sure that we don’t all end up sobbing in the fetal position. A scheme in New Zealand will see school children taught to create a plan of action that will help them battle feelings of anxiety about the climate crisis. “Making resources available means children will be able to learn about what we have done to the planet, its potential impacts and what they can do to help us solve the problem,” said New Zealand’s climate change minister, James Shaw.