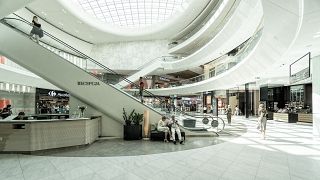 A new study by the University of Arizona has found that buying less is better for the planet and for your health than buying from ‘green’ brands.

Researcher Sabrina Helm and her collaborators have been looking at how our culture affects the way in which we buy. They looked at two different behaviours in their millennial participants; those that bought fewer items and those that bought items designed to reduce environmental impact such as recycled items.

The team found that those who were more materialistic were not likely to reduce how much they bought but their desire to have new things didn’t affect whether or not they bought from pro-environmental brands.

Read More | What is a circular economy and how does it work?

A new type of "green consumer"

Helm said that these people were a new kind of green materialist; "If you are able to buy environmentally friendly products, you can still live your materialist values. You're acquiring new things, and that fits into our mainstream consumption pattern in our consumer culture, whereas reduced consumption is more novel and probably more important from a sustainability perspective."

Although this “green buying” had some positive impacts on the environment, it was found to be much worse for consumer well-being. Before the researchers collected their data, they thought that being more environmentally conscious might make their buyers happier and more satisfied.

It would seem that there is definitely room for improvement, research commissioned by Oxfam last month found that the average adult in the UK spends £27 each month on new clothing and currently owns two items that remain unworn.

Making sure that you keep and use your clothing for longer can have a massive impact on the environmental impact of what you buy. Extending the life of clothing by just nine months could reduce carbon, water and waste footprints by a significant amount, say circular economy advocates, WRAP.

It’s not just having fewer things that reduce stress, though. Buying less means less money stress says Helm; “if you have a proactive financial strategy and put money to the side and live within your means, it has positive well-being effects”.

Changing behaviours can be difficult though. “We've been told since childhood that there's a product for everything and it's OK to buy, and it’s a good thing because that's how the economy works," she said. "We're brought up this way, so changing behaviours is very difficult."