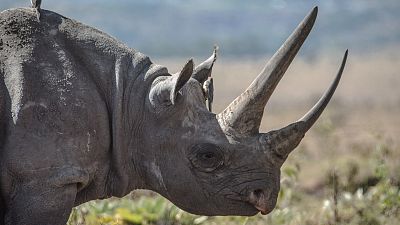 17 black rhinos have been flown into Malawi from South Africa, in search of a new, protected home.

The move is one of the biggest international relocations of its kind and conservationists hope it will help keep the endangered species safer, healthier and boost reproduction rates. The black rhinos flew from KwaZulu-Natal, South Africa to Malawi’s Liwonde National Park, a well-protected area that should help them fight off disease and survive longer.

“Extensive measures to protect these animals include aerial surveillance, daily ranger patrols, and the integration of the most advanced technology to enable live-time tracking,” said Peter Fearnhead, Chief Executive of the private conservation trust African Parks.

He went on to add, “with fewer than 5,500 black rhinos remaining in the wild, translocations to well-protected areas are essential.”

How far did they have to travel?

It would have taken around 33 hours to transport the rhinos by car, a long journey which could have potentially caused more harm than good.

We spoke to Jon Taylor, deputy director of Save the Rhino International, about the risks of the plane journey.

“Transporting large wild animals over long distances is never risk free, but there is a great deal of veterinary expertise and experience of translocating rhinos in South Africa,” Jon told us.

“The animals will have received good care before, during and after their journey”, he said, adding that the move was “vital” to try and re-establish rhino populations in areas where habitat still exists and security can be provided.

Leading rhino conservation expert and CEO of Save the Rhino, Cathy Dean, commented that she was “delighted” to have been able to support this successful translocation. According to Cathy, the aim was to “augment prior populations to bring them up to viable and sustainable levels.”

Are Black Rhinos at risk of extinction?

Black Rhinos are classed as ‘critically endangered’ by WWF. Rhinos have been at risk now for a number of years, with a subspecies, the Javan rhino, being declared extinct in Vietnam in 2011. Rhinos are one of the oldest groups of mammals on the earth, “virtually living fossils”, as WWF puts it.

Of all the threats facing black rhinos, poaching is the most deadly. As a species, they are most at risk, as they have two horns which make them targets for illegal rhino horn trading. They are most often found in South Africa, Zimbabwe and southern Tanzania.

Luckily, persistent conservation efforts across Africa means black rhino numbers have doubled from 5,042, 20 years ago, to 5,455 today. Flying these 17 black rhinos out to Malawi is an example of reintroduction. Reintroducing is a conservation method employed to either stabilise, re-establish or increase an animal population that has suffered a significant decline.