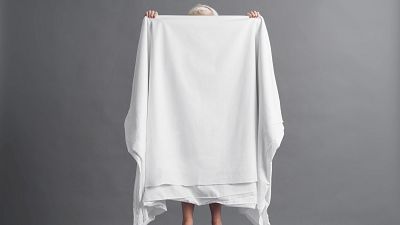 Swedish forestry company Södra is claiming a massive breakthrough in the ability to recycle clothing.

“Only a negligible proportion of the global production of clothing and textiles is recycled today,” said Lars Idermark, president and CEO of Södra. But Södra's Once More has developed a method of separating cotton and polyester fibres in ubiquitous polycotton blends, allowing them to be reused.

When the cotton and polyester have been separated, Södra reuses the cotton, mixing it with environmentally-friendly wood-derived textiles to make new, biodegradable materials.

Currently, “virtually everything is sent to landfill or incineration”, said Idermark, adding that the company’s innovation now had the potential to mitigate climate change by reducing the amount of virgin fibres produced and preventing those already in existence from being burnt.

Laundry and textiles provider Berendsen delivered towels, tablecloths and bathrobes destined for the bin for trial runs at its mills, which produced 20 tonnes of recycled fabric equivalent to the weight of around 55,000 jumpers.

'Big day for the circular bioeconomy'

By the end of the year, it plans to have produced 30 tonnes but has ambitions to ramp up production to around 25,000 tonnes in the long term – enough to make around 70 million jumpers.

The brand said it would also be able to recycle viscose and lyocell in addition to polycotton blends, and was in the process of seeking out companies with high sustainability ambitions to become partners in its project.

We are now redrawing the map for the fashion and textile industry by offering circular flows of textile fibres,” said Johannes Bogren, president of Södra Cell Bioproducts. “A sweater can now become a sweater again. It’s a big day for us and an equally big day for the emerging circular bioeconomy.”

The company can only work with white polycottons at its current stage in development but is hoping to find a way to work with all colours. Meanwhile, its scientists are also looking for a way to put the polyester extracted in its separation process to good use.