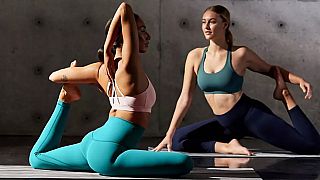 On Monday of this week, athleisure brand Lululemon was accused of abuse allegations following an investigation by The Guardian newspaper. Female garment workers in one of the brand’s factories claim they suffer regular abuse in the workplace including being beaten and physically assaulted.

In the factory in Chittagong, Bangladesh, women are admitting they are faced with physical violence on a daily basis and are called “sluts” and “whores” by managers out to humiliate them. They say they are forced to work overtime on only a minimum wage, equating to around £85 a month, which is less than the cost of one pair of leggings on the Canadian brand’s website.

The shocking news comes in the same month Lululemon committed 1 million U.S. dollars to a United Nations programme called Peace on Purpose, in a bid to address the health of UN humanitarian aid workers on the frontline. CEO of Lululemon, Calvin McDonald, announced the news on Twitter in early October.

Lululemon has announced that orders from the Chittagong factory in question have now been halted. A spokesperson from Lululemon responded to allegations, telling Euronews Living:

“We take these allegations very seriously and we’re committed to a full, independent investigation. Members of Lululemon's social responsibility and production team visited the factory in Bangladesh immediately to speak with workers and learn more.”

We will work with an independent non-profit third party to fully investigate the matter. While our production at this factory is extremely limited, we will ensure workers are protected from any form of abuse and are treated fairly."

Ever since the 2013 collapse of the Rana Plaza factory in Bangladesh, workers’ rights in the country have been much disputed. The tragedy resulted in over 1,100 deaths of garment factory workers and sparked the initiation of a legally binding pact on Fire and Building Safety signed by 200 fashion brands.

How are people reacting to the news?

Ian McInnes from Tearfund appeared on television to discuss the allegations. The New Zealand based aid and development organisation serves communities across Africa, Asia and South America, with McInnes as the leading disaster response manager. Speaking on New Zealand news channel TVNZ1, he calls the allegations “unacceptable”, saying “one woman's been hit so hard in the chest she's had to lie down at the end of the production line and recover.”

McIness also cites the fact that Lululemon has a code of ethics. This stipulates that employees’ work hours must not exceed 60 hours per week, but in McIness’ words, you "can drive a bus through that clause" as managers can easily take advantage of workers’ time.

Twitter users have been reacting to the allegations in their droves.

Some are encouraging others not to buy Lululemon anymore following the news.

Others simply list the alleged claims in the female garment workers' testimonials, hoping to spread awareness.

User @MartinLovell23 asserts he will no longer be purchasing from the store until staff are treated with the respect they deserve.

@Jamescosullivan calls the news "disgusting", arguing that consumers should think about the brands they are buying from.