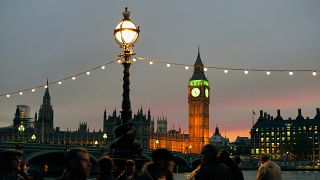 A recent survey conducted in the UK showed Londoners have very different definitions of sustainable fashion in 2019. While 57% admitted they were willing to pay more for eco-friendly clothing, the study suggested they were unsure as to what sustainability entails in the fashion industry.

The new research, conducted by online marketplace OnBuy, was based on findings by KPMG which surveyed 1000 people in the British capital. Various elements of sustainable fashion were presented to the Londoners, with little consensus as to what the phrase really stands for. Results varied from 48% ranking ethical and fair trade/labour practices as the most important attributes, to only 2% seeing the benefits of the rental fashion or sharing economy for example.

Fast and disposable fashion is a problem in the UK. According to Traid, British adults only wear 44% of the clothing they own and, as a result, more than half of the fast fashion produced is disposed of in under a year. Fortunately, the research now shows Londoners are searching for the term “sustainable fashion” 1,900 times a month, OnBuy found by analysing Google’s keyword tracker.

However, it is clear that many factors are contributing to purchase decisions, such as the importance of convenience. For example, 29% were happy to opt for eco-friendly clothing, but only if the “purchasing avenues are convenient enough.”

What did people vote for as the most common definition?

The results of the survey were not what you might have expected. Elements like 'second-hand' and 'upcycled materials' ranked very low for Londoners, despite many sustainable fashion brands using these keywords in their marketing. Vestiare Collective, for example, is an extremely successful online clothing site known for describing its products using words like 'pre-loved' and 'pre-owned.'

'Use of organic materials' only ranked 17%, which may be surprising given many sustainable brands such as People Tree use 'organic' in their sustainable lexicon as a unique selling point.

The findings are listed below, showing glaring gaps in consumers knowledge of what sustainable fashion is about. While all of the definitions recorded are important in the quest to make the fashion industry greener, many Londoners seemed not to focus on some.

Sustainable fashion is now "more than a fancy buzzword", OnBuy chief executive Cas Paton commented. “Retailers are making a conscious effort to reduce the negative environmental impact different parts of their operations/processes maybe causing," he stated, yet despite this, "people still have varying perceptions of what sustainable fashion truly is."

Cas finished by saying, "this research certainly highlights the actions taken by brands which consumers most regard to be under the umbrella of sustainable fashion – with some very surprising outcomes.”

What does the rental fashion industry think about the results?

We spoke to Sacha Newall, founder of rental fashion platform My Wardrobe HQ. The platform is described as the UK's premier destination for luxury fashion rental and allows you to borrow designer clothes and accessories for a mere 10% of their original RRP.

Sacha was particularly interested that only 2% considered rental as important, telling Euronews Living,

"Rental is still a relatively new concept in the U.K., as fast fashion has turned what we wear into something disposable."

She went on to explain the benefits, highlighting the fact that renting items of clothing "puts the value back into well made beautiful garments", as well as putting "pounds into the pockets of the owners". Sacha concluded, "the most sustainable thing we can all do is buy less, buy better and rent it out".