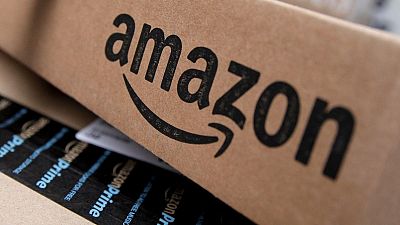 The Indian branch of the multinational online retailer has today announced a promise to eradicate plastic packaging in all deliveries by 2020.

Amazon has been criticised for wrapping items in thermocol (polystyrene) in the past, which is not recyclable. By switching to an environmentally friendly packaging material, Amazon India will be able to stop packaging parcels with single-use plastic by June 2020. Instead, this will be replaced with paper cushions suitable for recycling.

Amazon is purportedly “excited and proud” of the announcement in India and will “continue to work across the globe on similar initiatives”, Amazon Europe’s director of communications Stuart Jackson tells Euronews Living. He claims that Amazon’s current sustainable packaging initiatives have so far “eliminated more than 244,000 tons of packaging materials, avoiding 500 million shipping boxes”.

Amazon surpassed Microsoft in January of this year as the largest company by market value, beating both Apple and Alphabet (the parent company of Google). The corporation has an immense capability to be environmentally conscious, but has been condemned in the past for not implementing sufficient measures to reduce waste and plastic pollution. The retailer is also continually accused of underpaying corporation tax, most recently in the UK due to a lack of information provided on taxation.

In 2018, data from USPS, FedEx and UPS estimated that 165 billion packages are shipped in the USA every year. The cardboard used allegedly equates to more than 1 billion trees, reported Fast Company. In 2017, 5 billion packages were shipped worldwide through Amazon Prime alone.

Despite numerous sustainability commitments on its website, including investment in the circular economy, responsible sourcing and energy, Amazon was not an environmental trailblazer at the World Economic Forum in 2018.

The annual meeting held in Davos, saw Amazon decline to pledge to minimise its use of plastic, while other multinational corporations such as Unilever, Coca-Cola and Walmart did. Apple was also notably absent from the list of companies in agreement, according to The Washington Post.

Several weeks ago, The Guardian reported on a new range of plastic envelopes that has been introduced to Amazon UK’s packaging of late, calling it a “major step backwards” in the fight against plastic pollution. Several outlets also reported that new “streamlined packaging” was clogging up recycling centres in the US earlier this year.

In relation to Amazon India’s announcement today, Friends of the Earth spokesperson Neil Verlander told Euronews Living that it is "astonishing how many companies are still using single-trip, unrecyclable plastic for deliveries". He went on to say that we must expect more from giant delivery firms like Amazon, so that they "find ways of sending packages in returnable and reusable packaging" too.

"And if they won’t – governments should make them," said Verlander.