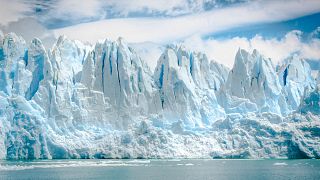 Just yesterday it was announced that 170 global news outlets have signed up for the week-long ‘Covering Climate Now’ pledge, starting from 16th September.

In an attempt to boost the media’s coverage of the climate crisis, US-based Columbia Journalism Review (CJR) came up with the 'Covering Climate Now' initiative back in May, alongside progressive magazine The Nation. Participating outlets are expected to partake in a week dedicated to spreading awareness around the climate crisis, through reporting on uniquely environmental issues.

The pledge was announced following an article, co-written by the respective editors of the two publications, on the CJR, entitled ‘The media are complacent while the world burns’. A long read at over 5,000 words, the detailed piece addresses the “climate silence” that pervades the bulk of the news “when civilization is accelerating toward disaster.”

Now that the initiative has come into full force, 170 outlets have jumped on the bandwagon, agreeing to a week of ‘Covering Climate Now’. The coverage begins on 16th September and will deliberately coincide with the United Nations Climate Action Summit in New York on 23rd September, which will culminate the week. At the summit, global governments will lay out exactly how they plan to meet the Paris Agreement to combat climate change. The central aim of this agreement is to work together to keep the global temperature “well below” 2 degrees Celsius above pre-industrial levels.

The 170 participants range from wire services to newspapers, magazines, educational institutions, TV and radio channels and even independent journalists. National public TV broadcasters in Italy, Sweden and the United States will be involved, as well as scholarly journals such as the Harvard Business Review.

Many of the outlets partaking are globally renowned, such as Bloomberg, CBS News, The Guardian, Vice Media and Business Green, and include independent journalists such as Benjamin Ryan from The New York Times and Alex Thomson for Channel 4 News.

Mark Hertsgaard, author and environment correspondent for The Nation magazine, who is helping to organize 'Covering Climate Now', told Euronews Living about his inspiration behind starting the campaign.

“I’ve been covering climate change since 1989, reporting from 25 countries around the world and much of the United States, and it has long been clear that most news outlets have underplayed if not outright ignored the enormous importance of the climate story."

Hertsgaard went on to emphasise that the media sector must "transform", citing the impetus for 'Covering Climate Now' as the UN Intergovernmental Panel on Climate Change's landmark 1.5 C report last October.

Is one week of environmental coverage enough?

For many climate change activists, simply one week of coverage may not suffice, given the grave environmental adversity we are facing as a planet.

Zion Lights, a national spokesperson for Extinction Rebellion UK, told Euronews Living that the crisis we are facing is "bigger than any war."

"Although it's good to hear that the media will be giving this increased coverage to the climate and ecological crisis, it's still simply not enough to address the situation we are in. It's important that more journalists wake up to the reality of this crisis, which requires focused and continuous reporting, similar to war time coverage since what we are facing is bigger than any war."

She concluded by saying, "a week is nowhere near enough time to tackle the crisis we are in."

“Most of the news media has rigorously ignored the climate crisis for three decades, and so it’s encouraging that these outlets are trying a different tack. Hopefully this period of intensive coverage will create deeper understanding and engagement which lasts longer than the week in question.”