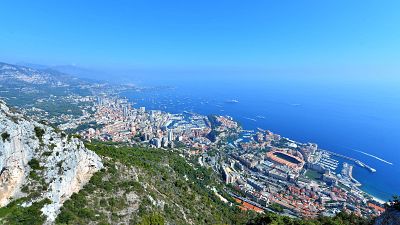 The Principality of Monaco is one of Europe's smallest nations, and indeed 20% of the country has been reclaimed from the sea. A new reclamation project is under way at Portier Cove, to develop a new eco district for Monaco, involving such architects as Renzo Piano. Marie-Pierre Gramaglia from Monaco's Ministry of Public Works, The Environment and Urban Development, talks us through the new eco district and other ways in which Monaco is going green.

Tell us about Portier Cove and why it is being built.

"Completion of the offshore extension project to the right of Portier Cove is part of the Principality of Monaco’s urban strategy, which centres on adapting the country’s development of the small size of its territory. It has three strands: developing programmes on land reserves, rebuilding the city over the city by demolishing ageing buildings of no heritage value, and extending the country into the sea – which has a total surface area of two square kilometres; around 20%, or 40 hectares, have been reclaimed from the sea over a period of more than 150 years. This latest project will see the creation of a six-hectare eco-friendly district, with strong ambitions on the sustainable development and environmental protection front."

This will be the first “eco-friendly district” in Monaco. What green initiatives will be launched there?

"Construction of this new extension is being done in a way that complies with very demanding environmental specifications in terms of measures to protect the natural environment. Real-time monitoring of the marine and land environments is being carried out, alert thresholds have been defined for turbidity, sedimentation and light levels, with changes to be introduced on site as soon as thresholds are reached.

An eco-friendly approach has been adopted with regard to the design of civil engineering works in order to promote colonisation of species. Finally, an environmental monitoring committee made up of scientists and experts has been established to improve efforts to limit impact and enact environmental offsets."

What about energy usage?

"On energy, 40% of consumption will be covered by renewable energy, including 80% of consumption for heating and cooling, thanks to ocean thermal energy. An ocean thermal energy network will be created to supply this district and the main buildings in the waterfront district of Larvotto. In addition, 80% of the energy used to power public lighting will come from solar.

The project will seek international certifications, including HQE Aménagement for the eco-friendly district and Breeam for the buildings. Regarding transport, the project will be a significant driver for the promotion of soft mobility: the new district will be given over to pedestrians, it will have an electric bike station, and a one-kilometre stretch of cycle path will be created to link Portier Cove to the beach resort at Larvotto."

Could you tell us a bit about Renzo Piano’s architectural design and the technical aspects of the offshore extension project?

"The involvement of renowned individuals like Renzo Piano guarantees that this project will be outstanding from an architectural and urban development point of view. Particular attention has been paid to the quality of public spaces, which includes an 8,000 m2 planted park and a marina. An extension of the Grimaldi Forum will also be built in the new district. On the technical side, the first stage of the extension project involves creating the area of reclaimed land by installing a band of 18 caissons built in Marseilles and transported to Monaco by sea.

This will be completed by late summer 2019. I should note that these caissons have been designed to withstand sea swell and earthquakes. Delivery of the platform is planned for spring 2020. This will be followed by the digging of deep foundations, facilities work, and finally the construction of apartment blocks and villas. The eco-friendly district will be delivered in 2025."

Does Monaco have an environmental policy at other levels, for example on reducing CO2 emissions?

"The Principality of Monaco’s energy and climate policy aims, on the one hand, to combat climate change, and on the other, to reduce our vulnerability to the impact of such change. This means reducing our greenhouse gas emissions, and we have ambitious targets that were set by H.S.H. the Prince during COP 21 in Paris: a 50% cut by 2030 (compared with 1990 levels) and carbon neutrality by 2050. The second objective relates to both managing demand for energy and improving energy efficiency. The third seeks to increase local production of renewable energy."

How is Monaco trying to become a more environmentally friendly country?

"As a country, we are focusing our action in four areas: preserving biodiversity, conserving resources, reducing greenhouse gas emissions and pursuing a policy that promotes a sustainable city. We have been taking action on each of these aspects for many years. On biodiversity, we are implementing inventory, mapping and monitoring programmes for marine and land-based plants and wildlife.

We promote efforts to bring nature into the city, for example by installing around 40 nest boxes in gardens to enable nesting of small passerine birds who are accustomed to the urban environment (great tits, blue tits, house sparrows, black redstarts, European greenfinches, etc.) and two small birds of prey, the scops owl and the common kestrel.

Environmental issues are taken into account during land use and urban development planning: Environmental Impact Studies are carried out with the aim of, first, avoiding and reducing the negative environmental impacts of a project and, second, putting in place offsetting measures. Of course, these are just some quick examples which illustrate our determination to be a country that places the environment at the top of its list of values. In addition, our Environmental Code covers all aspects relating to the protection of nature and environments, to pollution, risks and disruption, to improving quality of life, and to energy management."

What contribution do Monaco’s residents make to this environmental transition?

"Monegasque nationals and residents contribute to the implementation of our sustainable development policy by signing up, for example, to the National Energy Transition Pact. This now has more than 800 members including, alongside private individuals, Monegasque institutions and companies such as SBM, Monaco Telecom and SMEG. In terms of our greenhouse gas emissions targets, the Pact is a motivating initiative that aims to change consumption patterns and behaviours. We believe that it is through both individual awareness and collective mobilisation that we as a society will succeed in cutting our greenhouse gas emissions. Through reducing and recycling waste, through considering the best way to make our journeys, opting for public transport and soft mobility where possible, and finally through adopting a less energy-intensive and better managed approach to our use of electricity."

"We also have a strong policy to eliminate plastics in the Principality. Since 1 January 2019, plastic straws and stirrers have been banned, joining single-use plastic bags which were outlawed in 2016. From 1 January 2020, disposable plastic utensils will also be banned. Naturally, the Principality’s businesses have adopted these new regulations, and some have gone further, such as the major sports brand which decided to stop selling plastic bottles. As you can see, the Monegasque community is aware of the challenges posed by sustainable development."