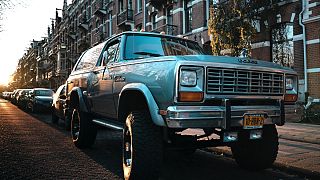 Luxury and efficiency have often been strangers to each other in car design. To create an opulent car has, in the past, meant piling on the weight, complexity and drain on power to deliver a vehicle deemed suitably sybaritic. Yet that has all changed in recent times and car companies are now producing big cars with small emissions. How are they achieving what previously seemed incompatible and where does the future lie for luxury cars?

The first and most obvious shift in the world of luxury cars has been to downsize engine capacity. Where a large six-, eight- or even 12-cylinder engine would once have been the norm, we now routinely find four-cylinder engines under the bonnets of big cars. Volvo was one of the first to adopt this approach with the 1.6-litre turbodiesel in the V70 and S80 as far back as 2009. Others were quick to follow and 2.0-litre engines have been the consistent best-sellers in many premium model ranges over the past decade.

Alongside this scaling down of size have been some major strides in technology for the internal combustion engine. Mazda has broken new ground with its high compression petrol motors and with lowering the combustion pressures of its diesels. This is part of the Japanese firm’s ongoing Skyactiv programme that has the potential to offer 30% improvements in economy and lower emissions. Using spark-controlled compression ignition, it takes the best bits of petrol and diesel technology to burn fuel more in a quicker, more thorough fashion.

Combined with other tech such as more advanced stop-start systems where the car can switch off the engine as it cruises to a halt, incremental gains begin to add up to larger improvements. Other technology being deployed in this area include cylinder deactivation so fewer cylinders are supplied with fuel under light loads, variable valve timing and improved turbocharging.

The materials being used for engine construction are also evolving. Aluminium is now the default choice for engine design thanks to its lighter weight over iron. By refining the alloys used for different components, car makers are also making engines that have a broader spread of power that can be fine-tuned to suit the needs of the vehicle.

Gearboxes have undergone a massive change

Further down the transmission chain, gearboxes have undergone a massive change in the past 20 years. In this time, we’ve seen the rise of the twin-clutch ’box that offers quicker, more efficient changing. There has also been a return to the more traditional automatic gearbox but with more gears, so an eight-speed transmission is perfectly normal now. More ratios allow the engine to work in its ideal operating window more of the time, which is good for economy and tailpipe emissions as well as passenger comfort due to reduced noise and vibration.

Alongside these advances, catalytic convertors have improved so they last longer and more effectively treat the exhaust gases as they pass through the system. There are also diesel particulate filters that work at a greater rate so the latest turbodiesel engines are now among the cleanest combustion engines on sale.

Diesel technology also includes AdBlue treatment, which has been incorporated from the commercial vehicle world. By treating the exhaust gases with a urea-based solution, it significantly reduces the amount of harmful nitrous oxide (NOx) gas emitted. To put it into context, the result is a drop in NOx emissions of 92% between 1992 and 2014, while particulate emissions fell by 96.4% in the same period.

There is still the challenge of further lowering carbon dioxide (CO2) emissions for the internal combustion engine. Partly this is due to the conflict that engines running at high temperature produce little CO2 but higher NOx outputs, while cooler engines make less NOx but more CO2. For driving in urban environments and short distances, the latter is a problem.

However, many luxury and large cars now employ mild or full hybrid petrol- or diesel-electric systems. A mild hybrid might use regenerative braking to recharge the battery, while full hybrids now routinely have plug-in charging that allows longer distances to be covered in full EV mode. In the UK, the Mitsubishi Outland PHEV has been the best-selling plug-in hybrid with a 30-mile EV range, claimed 166mpg average economy and 41g/km CO2 emissions in a large SUV.

To make the most of these gains, car makers have also embraced the mantra of less weight for big gains. Weight reduction is a simple way to get more of out of any fuel source as the motor has less mass to move. However, making cars lighter when greater safety is always demanded is complex, so the materials used to make cars is changing. Far wider use of aluminium is becoming common in body construction instead of just engines and suspension components. Others are also using carbon fibre, which is expensive but the trickle-down effect from luxury cars to more mainstream models is inevitable as economies of scale make production cheaper. BMW has led the way in this area with its upscale 7 Series shedding the kilos while its EV i3 also makes use of carbon fibre.

What this proves is luxury and efficiency now go hand in hand. Regulatory and customer demand has seen to this and, as is often the case, car companies use their high-end models as test beds for new ideas that soon become commonplace on their big-selling ranges. The final result is cleaner, more efficient cars for everyone.