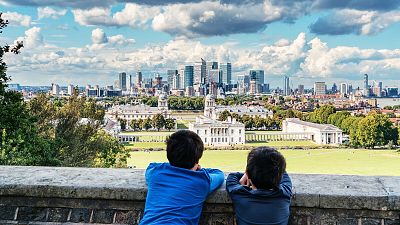 Investors are increasingly keen on putting their money into sustainable projects. From the traditional greenwashing, they’re shifting to a real investment, with the perspective of making profits, and helping the Planet survive. Investing in “dirty” sectors has become riskier, and at a medium-long term, everyone agrees that there’s no future in keeping polluting the Earth.

The second edition of the Transition Forum, organised by private equities specialists Aqua Asset Management under the patronage of His Serene Highness Albert II, Prince of Monaco, gathered some 250 participants between Corporate actors (30%) financial (15%) non-profit organisations (15%) startups and regional representatives. The theme of this edition was “Shifting to Sustainable Lifestyles”.

The Forum organised keynote speeches, but also meetings with entrepreneurs on the key themes of Mobility, Food, Housing, and Production & Consumption. It also proposed networking sessions allowing investors to meet the startups.

'We all agree it's very urgent'

The first consensus at the Forum was that it is urgent, very urgent to act. The record heatwave that struck Europe on June 26 and 27, and didn’t spare Monaco was somehow highlighting it.

Multi-Michelin Starred Chef Pierre Gagnaire explained how he is a witness to degradation. “I have known a time where turbots weighed 15 kilos. Now a big turbot is about 4 kilograms”. He nevertheless feels optimistic when he sees serious initiatives empowering the shift towards a sustainable economy.

French primatologist Sabrina Krief also called to act promptly by explaining the impact of human activity on Ugandan chimpanzees. The primates in the area are born with deformities, fertility problems probably due to the impacts of intensive tea monoculture in the region.

Also striking, the call of serial entrepreneur Gunter Pauli to stop plastic pollution “I’m fed up of hearing about the analysis and reports. We need to start going into action. Birds and fish are dying because their liver is being mummified by microplastics”. He is currently working on a project to tackle the problem of microplastics along the coast of Morocco through an innovative seaweed curtains system.

“We all want to change the world, as the Beatles sung in 'Revolution', in the same manner, many people say they want to stop Climate Change, but the evidence shows that those words are not always followed by action,” said Transition Forum co-founder Lionel le Maux. The Forum started last year to bring together a network of experts from all boards, entrepreneurs, NGO and investors.

Ok, let’s change the world. But how?

The Transition Forum also reflected some of the difficulties around this shift to a sustainable economy, as there is no a single way to understand what it means.

Does it make sense to remove all fossil fuel cars from our roads then start buying electric vehicles at a massive scale? Would that be sustainable if the most populated countries do the same? Of course, it is, and would be a tremendous business but: Is it really sustainable?

The solution for some is to shift to less polluting organic fuels like biogas, others will tell you that the only way forward is to improve public transport infrastructures or even developing car sharing, automated cars, electric scooter or electric bicycle models. Mobility adviser and visionary Timothy Papandreou thinks that the future is a wise mix of all these.

On food, the debate turns around the production models. Chef Pierre Gagnaire dismissed the "all organic" fashion saying that the reasonable production and consumption is the way forward. But the proposals to take the way of food transition are very diverse: from using microalgae as a natural pesticide to flies as a source of protein for poultry and fish farming...

There is no a magic recipe either to tackle the sustainable housing and the cities of the future, but the Forum showed some of them: from those who think that the future cities should be hyper connected through fibre to those proposing solutions for low environmental impact construction materials, or reusing the existing structures.

French filmmaker and diver Julie Gautier made passionate advocacy of economic decrease as the only real solution to spare the Blue Planet from disaster. “The Green economy, new ways of consumption are very important, but it has to go along with an economic degrowth, we can’t only focus on consuming ‘better’ and more, we have to reduce consumption”.

Is the economy ready to go green?

Our economic and financial model is often pointed as one of the main causes of pollution and Climate Change. Are they ready to become part of the solution?

Global investors are increasingly keen in buying assets of the green economy, “if people start to look at their capital differently, then the world will start to change” said Kanini Mutooni, Managing Director of Toniic Impact Network, a “club” of investors focused on the so-called impact investing. “Let’s be clear, an impact investor is not a philanthropist, we are not philanthropists, we are about deploying capital for a social and an environmental return as well as a financial return”. She thinks that without a financial return investors won’t play the sustainable economy game “being a philanthropist is ok but for me, it’s not a sustainable way to solve the problems that we have in the world right now".

She calls for measure tools on impact investment.

Lionel le Maux, which has been investing in the green economy for 10 years, thinks that it’s not that much that investors are ready but that increasingly Climate Change consumers are imposing a new sustainable economy.

André Nicolas from Phenix food waste recovery startup asks himself if it’s a new short-lived fashion but agrees that impact investing is becoming a trend, and there’s more and more capital available. He acknowledges some contacts from investors during the forum which, seemingly it's not only useful as a networking community.

For Sycomore Asset Management specialist Anne-Claire Abadie it is essentially institutions and the younger investors who are the most interested in taking part in the green economy revolution.

"Beyond the demands of our clients, we think it's an issue in which it's compulsory to act, so we are voluntarily getting involved in it. "

She explains that both startups and corporations are very dynamic in the green economy and their initiatives and projects are more and more realistic, solid and profitable.

At the Transition Forum there was also representation of the European Venture Philanthropy Association lobby (EVPA). The group includes some of the most pollutant multinational corporations foundations advocating for venture philanthropy and “passion investment”. But while some might criticise their implication on environmental issues as hypocrite, the shift towards a real change is impossible without them being involved.