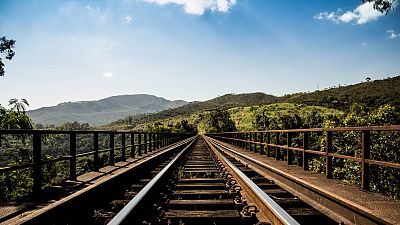 Travel the Great West Way, and you journey through time as well as space. The new touring route, crossing the west of England between Bristol and London, reveals thousands of years of human history.

The 125-mile Great West Way is based on what was once the main route from London to Bath and the west of England. In the 17th century Charles I ordered the building of the Great West Road, one of six roads required to help delivery of the post. Later, the Great West Road was busy with well-to-do Georgians in their horse-drawn coaches, visiting the spa city of Bath to bathe and socialise.

On the footsteps of Jane Austen and Charles Dickens

Taking the high road, you follow the footsteps of Jane Austen and Charles Dickens. But these literary giants are moderns compared to the earlier travellers who made their homes in the West Country. The Romans and Saxons left their mark, and further down the avenues of time, you encounter the legacy of the builders of Avebury and Stonehenge.

This is deep time: walk Avebury’s stone circle, touch a giant stone erected some four thousand years ago for a rare encounter with England’s ancient past.

The new Great West Way touring route goes beyond the old highway and is a corridor of roads, lanes, canals and paths – including Victorian engineer Isambard Kingdom Brunel’s Great Western Railway. This year the railway company GWR has launched a new Great West Way Discoverer ticket so travellers conscious of their carbon footprint can explore this beautiful and historic area without a car.

Great West Way Director David Andrews says: “Sustainability is at the heart of the Great West Way, with visitors having the option to travel the route by rail, on the water, by bike, on foot or by road. Our messaging encourages visitors to travel year round, and to get off the beaten track by visiting yet-to-be-discovered places as well as the icons.”

And for such a short stretch of England, the Great West Way offers an extraordinarily rich and varied range of experiences – whether you are staying for a long weekend, or a two-week adventure.

At its western end lies Bristol, an exciting, colourful city. A busy port since the 13th century, the starting point for John Cabot’s voyage of exploration to North America in the 15th century, it is also the home of Brunel’s ship the SS Great Britain, and the city where you can spy some of Banksy’s earliest street art. Bristol has everything: galleries and theatres, fine restaurants and tasty street food, a bustling harbourside and a host of festivals. With excellent cycle paths, walking routes and public transports, it is also an easy city to explore.

Next stop on the GWR mainline is Bath, famous for its Roman and Georgian history. Few cities are more beautiful and elegant than Bath, with many streets little changed since Jane Austen’s day. You can explore cobbled streets and admire the architecture of pale honey stone, visit the Roman Baths, or try the famous waters for yourself in the Thermae Bath Spa - a rare opportunity to lounge in Britain's only natural thermal waters, just as the Celts and Romans did, two thousand years ago.

If you have a yearning for the breath-taking rural landscape of the West Country – celebrated by novelists and poets such as Thomas Hardy and Edward Thomas – the route passes through two contrasting realms of outstanding natural beauty.

The first is the Cotswolds, the range of rolling hills from Chipping Campden in the north, to Bath in the south. Folded away in the hills are countless picturesque villages, from ever-popular film-setting Castle Combe in the By Brook Valley, to hidden gems like Biddestone, Marshfield or Ford. These are quintessential English villages of stone cottages and cosy pubs, amid classic English countryside, with ancient woodlands, a patchwork of fields, rich hedgerows and a dense network of rights of way waiting to be walked and explored.

Further east, you reach the North Wessex Downs Area of Outstanding Natural Beauty, a region of chalk downs riddled with historical remains – from carved white horses to Neolithic long barrows, from stone circles to the remains of iron age fortifications.

This is a kingdom of smooth curved hills and dry valleys, bubbling freshwater springs and pagan sites which still attract veneration and ritual. Drop into Avebury on the summer solstice and be prepared for a gathering of horned, flower-crowned revellers; visit the Swallowhead spring near Silbury Hill and see the old willow bedecked with wish- ribbons and offerings.

Keep heading east, and south of Newbury you find another television location – Highclere Castle – recognisable to millions as Downton Abbey. Drawing closer to London, you reach Windsor Castle – where Prince Harry and Meghan Markle were married - and then Kew Gardens and, finally, the entire breath-taking panoply of the capital city.

The Great West Way, which was officially launched last year, is the first touring route of its kind for England, and the germ of the idea came from the organisation VisitWiltshire. It is proving popular with cultural adventurers and travellers looking to explore off the beaten track. The touring route is already engaging visitors from Germany, the Netherlands and the United States.

David Andrews explains: “Creating new tourism products that will help encourage international visitors to travel outside London is a key objective of the Discover England Fund that the Great West Way has benefited from.

“GWR’s new Great West Way Discoverer pass does just that giving visitors the ability to travel London Paddington-Bristol line, the Bristol-Waterloo line and the TransWilts connecting line and numerous bus routes along and around the route. All for the outstanding price for overseas visitors of £129 for a seven-day pass.

“There is a domestic version too, either one-day or seven-day, which visitors can buy too via GWR, the main train ticketing websites, and from rail stations.”

Details of these and the domestic pass (from £24) and for more information about the Great West Way, visit www.greatwestway.co.uk.

These are Europe’s most spectacular train journeys in 2022