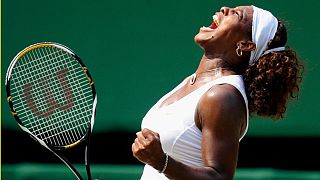 Back in 2013, Wimbledon revealed, what they called, a ‘Master Plan’ setting out its vision for the future of the iconic club grounds. The plan included numerous proposals for the Tennis club’s development, such as improving facilities for guests and how better to collaborate with the local neighbourhood and community.

A significant part of the plan was also dedicated to the environment, including reducing carbon emissions from the grounds, developing electric transport solutions and establishing a “long term framework to ensure that future development is carried out in a coordinated, sustainable and resilient manner.”

In 2017, the Tennis club boasted that just 1.4% of championship waste went to landfill, and then in 2018, banished plastic straws from the grounds, before the UK itself implemented a nation-wide ban, in fact. Last year also saw 87 more free water refill points available for public use in the grounds, paper bags provided in the club shops and sustainably-sourced lobster and fish pie on the restaurant menu.

In a tweet this April 2019, the tennis club reaffirmed its commitment to the environment, writing: “Sustainability is a key focus for us, and we are committed to being as green as possible ?”.

How exactly has Wimbledon stepped up its efforts to be more environmentally friendly in 2019?

Despite its best efforts in 2018, the grounds were left strewn with rubbish at the end of the tournament, hence the club has doubled down to become more eco-friendly in 2019. In June, Wimbledon signed up to the United Nations’ Sports for Climate Action Framework, acknowledging the critical need for sport to play its part in 'helping to implement the Paris Agreement and accelerate the change needed to achieve climate neutrality'.

Equally, this year, the British Tennis tournament announced a new partnership with charity Sustainable Merton, in a bid to tackle air pollution, considerably reduce energy consumption and tackle food poverty in the nearby London borough of Merton.

Restrung rackets will not be returned in plastic

In the news this week, Wimbledon is going the extra mile in cutting single-use plastic. Tennis players no longer have their restrung rackets returned in plastic – a particularly positive move, given that top players’ rackets are unstrung and restrung multiple times throughout the tournament.

The packaging will not be replaced by a substitute, instead, an alternative method of labelling is being thought out, to keep track of which racket belongs to whom.

Additionally, the Grand Slam this July sees the unveiling of Evian’s new, 100% recyclable water bottle – as one of the main sponsors of the event. The bottles are made from rPET recycled plastic and signify the water trademark’s move towards becoming a “circular brand” by 2025.

The importance of recycling is being stressed this year at Wimbledon, with the ‘I recycle’ logo now appearing on all the player’s bottles, rather than the Evian logo itself.

"We strongly support the work of our partner Evian to become a fully circular brand and are pleased to be collaborating with them to raise awareness of circularity at the Championships this year.”

It is widely regarded that strawberries and cream is the quintessential staple of Wimbledon, and a deliciously British, summertime treat. The Tennis tournament in 2019 has now launched a vegan version of the sweet snack, offering dairy-free cream, ice cream and sorbet throughout the two-week championships.

Given that an estimated 27 tons of strawberries and 7,000 litres of cream are eaten by spectators throughout the competition, the vegan alternative is a great addition to the menu, giving tennis fans the choice to go animal-friendly. The move comes after Peta publicised the issue a couple of years ago, by handing out strawberries and vegan cream outside Wimbledon and inspiring the club to make the change.

Starting this year, the tournament has opened a ‘Sustainability Demonstration Space’ at Wimbledon. The space, named ‘Wimbledon 2030’ is in the Southern Village and aims to inspire guests, with a positive vision of a more sustainable future for the tennis club.

This is the area where the hard work of the AELTC and official suppliers will be showcased, meaning visitors can learn more about sustainability in general and engage with the green credentials of the world famous sporting event.