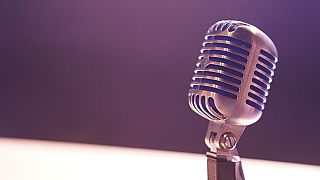 Brain tingles, eargasms and crawling scalp shivers. These are the sensations felt by millions of people worldwide who are turning to Autonomous Sensory Meridian Response (ASMR) videos for a sense of calm.

The sounds of slowly crinkled paper, tapping of fingernails or smoothing of towels. A woman staring into your eyes, smiling and pretending to gently brush your hair at a salon. Whispered words telling you how special you are. Welcome to the bizarre yet soothing world of ASMR videos.

What does ASMR mean?

ASMR basically refers to “feeling” sounds, with those who are endowed with the ability experiencing a tingling effect in response to specific triggers, such as soft speaking, rhythmic tapping or slow hand movements.

Awareness of the phenomenon is expanding exponentially due to a rise in ASMR content creators producing trigger-filled videos. There are more than 13 million videos on YouTube, and ASMR is the eighth most-searched term on the video streaming platform globally, according to February 2019 analysis from web research company Ahrefs.

Why watch or make ASMR videos?

Sophie Michelle started watching ASMR videos when she was 15 and struggling emotionally. Her brother was having brain surgery for a tumor and she was feeling worried, lonely and overwhelmed by school. “I stumbled across the videos while watching makeup tutorials, and played the same ones over and over again because I found the voices describing what to do so calming,” Sophie explains. “The first video I discovered was of a man rolling marbles across a table. I was mesmerised.”

The relief the ASMR videos brought inspired the British 22-year-old to make her own. Those garnering the most attention are either “trigger-assortment” or “role-playing” videos, she says.

A post shared by SophieMichelleASMR (@sophiemichelleasmr) on Jun 1, 2018 at 12:47pm PDT

“The most effective sound triggers tend to be crinkling plastic, tapping on a keyboard, brushing the microphone with a makeup brush, tapping on objects and whispering,” Sophie continues. “The most popular role-play videos often incorporate a motherly figure that, for example, reads a story to you, or a doctor that takes care of you. Any scenario where the audience feels safe and cared for really works well.”

Since starting her channel SophieMichelle ASMR in June 2017, she has amassed close to 380k subscribers, who are mainly aged from 18 to 34 and split 65% female, 35% male. Her most popular video to date sees her hypnotising viewers with a swinging pendulum and has been watched 2.7 million times.

A post shared by SophieMichelleASMR (@sophiemichelleasmr) on Apr 7, 2019 at 11:34pm PDT

The appetite for such videos may be down to the mental and physical benefits enjoyed by those people able to experience ASMR. Proven positive outcomes include lowered heart rates and increases in positive emotions like relaxation and sense of connection, according to a 2018 study from the University of Sheffield's Department of Psychology in the UK.

“What’s interesting is that the average reductions in heart rate experienced by our ASMR participants was comparable to other research findings on the physiological effects of stress-reduction techniques, such as music and mindfulness,” said Dr Giulia Poerio in a statement from the university.

ASMR is also reported to help people fall asleep and assists in combating loneliness, anxiety, stress and depression. “I commonly find sufferers of post-traumatic stress disorder (PTSD) watch my videos, as they feel it quietens down the visions and sounds, and helps them to refocus the mind onto something else,” says Sophie.

“ASMR can be very comforting to those who have experienced loss as well. Having someone non-threatening tell them it's going to be okay without fear of judgment is very reassuring.”

However, according to Sophie there are very few content creators that take ASMR to a vulgar level. “Generally, ASMR is simply about enjoying sounds and feeling calm, so sexual content doesn't really fit,” she says. “Some creators exploit their audiences by being deliberately provocative for quick fame, but the majority of ASMR is friendly and caring. This is reflected by the community, which supports both creators and watchers.”

Her fellow ASMR artist Maria Viktorovna also believes in the power of the sensory phenomenon for boosting wellbeing. And the nearly 1.7 million subscribers to her YouTube channel Gentle Whispering ASMR surely agree.

After all, as Maria explains: “Especially in today's time of stress and harshness, it's nice to have someone be a friend or help you to calm down. Of course, it's not for everyone, but for those of us who benefit from this type of content, it can be a great tool and source of relief.”