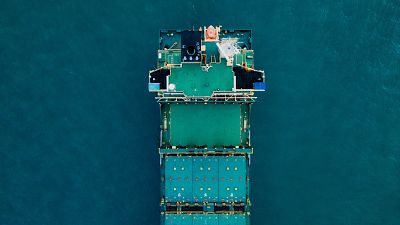 For centuries, wind was the force that moved cargo around the globe, until it was replaced by steam and then diesel during the industrial age. As the shipping industry comes under ever greater scrutiny for its emissions and pollution, there could still be a future for sail-power to transport cargo.

There are several projects under development to reintroduce wind power to large container ships, and even for cruise ships. The one closest to commercial use is the Neoline which uses giant sails and the manufacturer claims it will reduce carbon dioxide emissions by 90% compared to other roll-on, roll-off ferries.

That last point is important because many of the world’s cars are delivered around the world by huge ferry ships. Neoline has agreed a deal with Renault to supply two of its new ships that will have a top speed of 11 knots. That’s slower than most diesel-fuelled equivalents but there is a general trend within shipping for lower average speeds to reduce emissions.

To make the Neoline move, it has 4200-square metres of sales arranged in a pattern designed to maximise wind capture. An auxiliary diesel-electric motor is fitted and can be used when there is no wind and for manoeuvring into dock when wind power could be more difficult.

Jean-Philippe Hermine, vice president for strategic environmental planning at Groupe Renault, said: “Groupe Renault’s objective is to reduce the environmental impact of each vehicle throughout its entire life cycle, from parts transportation up to delivery and end-of-life processing.

“In the context of our strategy, to explore new sustainable mobility solutions and to continue along the road to reducing our carbon footprint, the solution designed by Neoline, which combines energy efficiency and operational relevance, has truly captured our attention.”

The Neoline will be in service in 2020

The Neoline will be in service in 2020 and will operate between St Nazaire on France’s west coast and the east coast of the USA. However, there are other wind-powered container ships being developed to work in parallel with diesel motors or replace them completely. One of these is from the B9 Energy Group with its Skysail design. It uses huge versions of traditional sails but with no rigging to foul or interrupt the wind pushing the ship along. The company also says this method of doing away with rigging makes the Skysail more reliable and safer for crews working around the sails. At present, the plan is to operate the Skysail in combination with a biogas-powered engine so the ship will be free of fossil fuels.

B9 says its ship is aimed at the small merchant vessel market of up to 10,000 tonnes, which is also the least efficient type of cargo ship. They make up only 4% of the total fleet being used but account for a quarter of emissions, so the market for a hybrid ship in this sector is significant.

Related | Building your own car

It is not just the traditional sail that is being investigated as an alternative to fossil fuel burning engines for cargo ships. Kite ships do exactly what it sounds like: they use a kite to help move the vessel. The downside of kite ships is they still need another motor for slow speed work and the kites only work when there is wind blowing in the right direction of travel. However, some of the largest bulk carriers are already using this technology to reduce costs and emissions.

A different take on the sail is the hard blades being championed by NYK for its Super Eco-Ship due in 2030. Rather than soft sails that billow in the wind, it has blades like those of a wind turbine that are turned to channel the air flow in the same way a rudder does in water. NYK claims this will cut CO2 emissions by 69% while also reducing the weight of the ship by 20% compared to others of its size and cargo capacity.

An even more unusual approach is the Flettner rotor that uses the Magnus Effect to create propulsion. A large spinning column on the deck creates high and low pressure areas as the air travels around it, which can then use the natural wind to push the ship along. The downside is a motor is required to turn the rotors and it is not the most efficient method of powering a large ship.

Where more development is being undertaken is solar power. In place of normal sails, a solar ship uses huge solar panels that can channel air in the same way as the blades of a the NYK Super Eco-Ship but they are also generate electricity from solar energy that can be stored and used when the wind drops below the optimum speed of the vessel. Eco Marine is working on a ship with this system and it will make its debut on the Aquarius Eco Ship.

Given that wind is an endlessly renewable energy and ships are in the best location to harness it, a return to sail power is far from a step back in technology. For the shipping industry, this could be the beginning of a much brighter, more sustainable future.