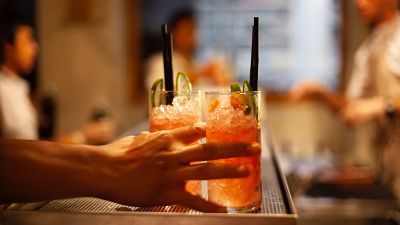 In a bid to tackle pollution and minimise the worldwide plastic problem that is devastating our oceans, the British government has confirmed a ban on single-use plastic. The ban will take effect next year, in 2020, and will prohibit plastic straws, cotton buds and drink stirrers from being used or sold in England.

How much plastic do we actually waste?

We have reached a tipping point with plastic, on a global scale. Not only does 75% of it end up in landfills, where it takes up to 500 years to decompose, plastics make up 60 to 90% of all marine debris studied. The problem is, most plastic is chlorinated, so when you ‘throw it away’, it releases harmful chemicals into surrounding soil or water sources, destroying ecosystems and causing serious harm to species that drink the water.

Currently in the UK, an estimated 4.5 billion plastic bags are given away by supermarkets. The problem is gargantuan, but the only way to tackle it is by starting small and working our way up. This ban is the first step for England.

The state of plastic waste in England:

These single-use items produce swathes of litter and are often flushed down toilets, ending up in waterways across the UK, putting wildlife at risk.

Let’s be grown-ups for a second. First of all, do you need a straw to sip your cocktail? Is it really worth the appalling plastic pollution? Reducing plastic waste is about changing our attitudes towards these superfluous items and opting to go without them. If you do need alternatives though, plenty of paper and re-usable stainless steel straws exist on the market, as do stirrers, and biodegradable cotton buds are out there too. Just give it a google if you don’t believe us.

“Urgent and decisive action is needed to tackle plastic pollution. These items are often used for just a few minutes, but take hundreds of years to break down.”

It seems England might be starting a trend, as the EU will also be phasing out plastics in various forms in the near future.

The only stipulations to the ban will be those who need straws for specific medical conditions, where they will be available on request, and thus pharmacies will be allowed to stock them too. But crucially, bars, pubs and restaurants will not be permitted to provide plastic straws or stirrers.