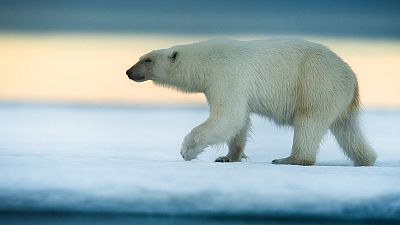 After discovering the extent of polar bear deaths across the Arctic region, photographer, author expedition leader and conservationist Ole J Liodden took up the task of telling this story, which after four years has led to the publication of his most recent book, Polar Bears and Humans. Besides this, and running his company, WildPhoto Travel - which leads photography expeditions to Svalbard and across the Arctic region to capture wildlife in the their natural habitat - Liodden is also involved with a project called Photographers Against Wildlife Crime, in which wildlife photographers globally have joined forces to bring to light the damages of the illegal animal trade. We spoke to him about how he became so involved with polar bears, and what he hopes his most recent projects can achieve.

Tell us a little about your new book?

“It’s called Polar Bears and Humans, the book is funded by private donation and support from others like me who are concerned and I’m very thankful for their support. I’ve been photographing polar bears for the past 15 years on 42 expeditions. Four and a half years ago I heard that about 800 to 1000 polar bears were killed every year. This is crazy as there are less than 25,000 polar bears left. I could not believe it so I started to ask researchers and scientists, international conservation organisations, politicians and governments, but nobody had any information or could confirm this - nothing.”

And what did you find throughout your project?

“I spent about two years trying to find out more about this, but it was like hitting my head against a brick wall. I decided to do a project about it and see if it was actually true. After a year, I hired two lawyers in Canada and they managed with a freedom of information request to get information from Canada Tourism and provinces across the country. I got further information from Alaska, Greenland and Russia. Finally I could actually describe how many polar bears are killed, where they’re killed, who’s killing them and the purpose - for instance if it’s a trophy hunt or a regular Inuit hunt, and if it’s a legal or an illegal kill.”

And what did the figures say?

“Since 1963 the estimate is 991 polar bears killed a year. What shocked me even more is what kind of animal is targeted. Trophy hunters are always killing the biggest and strongest animal for the record books. But also the Inuit, the local hunters, get paid for bigger skins. Especially since 2006 the price of skins has increased by 6 or 7 times, so the native hunters are also extremely selective and turning away from subsistence hunting to commercial hunting, targeting the biggest, strongest bears with the best fur quality.”

What is the consequence of this?

“The animals left trying to adapt and survive climate changes - less sea ice, warmer temperatures - are actually less fit, the youngest or oldest and maybe sick. It’s very scary what’s happening and nobody has described it. I think nobody cares because nobody knows. That is the purpose of this book, to get the information out so people and governments can understand we have to act now.”

How much of the hunting is legal?

“So 90% of hunting internationally is legal and 10% maybe, mainly in Russia, is illegal. But it is legal hunting that is the problem as the claim is that it’s sustainable, but most places in Canada for instance have nothing to do with sustainability, it’s just about increasing quotas and killing as many as possible. It’s not good and very shocking to actually see it happening. You think polar bears are protected or well managed, but it’s actually the opposite. Norway has banned hunting in Svalbard and Russia in some areas but there is still illegal hunting. But in Canada, Greenland and Alaska there is still hunting.”

Aside from trophy hunting are why are bears killed?

“There is international trade. In the past 10 years, 70% of all polar bear rugs produced have been exported from Canada to China. One polar skin can reach a price of $90,000 - approximately the same price as one kilogram of rhino horn, or 2.5kg of cocaine. It’s something that has to be stopped completely, as in a few years there will be a situation as the big organisations engaged in the rhino poaching ivory trade engage in hunting polar bears, which combined with climate change will be a serious problem.”

How are the bears being hunted?

“They’re mainly shot. Hunters will use snowmobiles or small boats and will shoot the polar bears with high-powered rifles.”

What are some of the ways to alleviate this issue?

“There has been no place until now to see the actual number, the amount of polar bears killed in the Arctic at settlement level, or each year, in such detail. I have spent a lot of time in the book showing population changes, which are mostly decreasing with just a few stable - there are 19 sub-populations of polar bears in the Arctic, most of them in Canada. That is important to know, but it’s also important to show the trade. Most people don’t believe me when I say polar bear skins are sold internationally, they think it’s protected or banned.”

So is a solution to educate people?

“Yes, educating people and also governments. Norway, where I am based, is the second biggest importer. The UK also has a history and it’s important to let people and governments know the extent of this business and also provide enough information to ban the trade. I’m not talking about Inuit populations shooting animals for food - I’m talking about commercial hunting and trophy hunting targeting the biggest animals with the best fur quality for the highest price. That is what we have to stop, and very quickly.”

So what is the role of the photographer in the protection of animals?

“First, I have to mention that my main education is not photography. I have a masters degree in natural resource management, environmental politics and the economy so these topics are actually something I should have worked on professionally. In some universities in Alaska and Norway students are working for the government. It’s very interesting to mix my background with photography and use pictures showing not only polar bears in beautiful environments, as we want to see the, but also as a photographer I think it’s good to show both sides. We have a photo in the book which shows a Chinese trader with 300 polar bear skins on the floor. We need to show animals in their preferred habitat, but we also need to show how we are treating these animals, what happens when they’re marketed to the highest bidder, especially if the population is decreasing and they’re getting rarer, the prices are getting higher and higher.”

What other techniques do you use?

“It’s important for photographers to take such photos, but you also need to use scientific data. You need to interview a lot of people, that’s why the book is called Polar Bears and Humans - humans are important. I also believe, if possible we should try to have a positive approach and try to find a solution. That’s an important part of the book. Instead of selling dead animals we can use ecotourism, selling the same animal more than once and to more people. I call it modern trophy hunting, using cameras instead of guns.”

So photography could be a solution?

“I’m a founder of a company called WildPhoto Travel. We have 16 photo expeditions to Svalbard this year and the value of these expeditions, each with 12 guests, is approximately the same value as the whole polar bear trophy hunting business in Canada. A small village settlement in the North East of Alaska on the border with Canada has stopped polar bear hunting and is doing ecotourism. They have six guides with six boats for two months and take clients to show them polar bears. The local value of this two-month business is twice the local value of polar bear trophy hunting across Canada. But nobody knows. That’s why it’s so important to show photos, to do interviews and provide facts to support the story.”

“That’s the positive approach, there is hope and it is possible to earn a lot more from polar bears than they do today, if they just welcome or at least find out about the benefits of these approaches.”