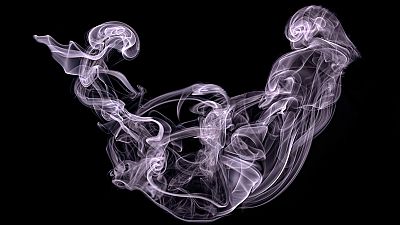 While banning or reducing the use of plastic bags and straws has become a headline cause for brands, governments and environmental activists in recent years, cigarette butts are actually the most littered waste stream on the planet. With some six trillion butts polluting the Earth each year, smoking isn’t just a public health issue, but a major environmental plight. Thankfully, researchers, scientists and policymakers from around the world are coming up with innovative actions to tackle the problem of cigarette butt waste. Here, we outline some of the most promising solutions.

In the 1950s and ‘60s, filters were added to cigarettes in an attempt to make smoking healthier. Unfortunately, the majority of these filters are made from a wood-based plastic called cellulose acetate, a kind of non-biodegradable plastic that takes anywhere from 10 to 15 years to fully decompose. Further to this, cellulose acetate filters are today understood to leak arsenic, chromium, nickel, and cadmium into our soil and water, killing wildlife and damaging ecosystems.

To help solve the problem of cigarette butt waste, US-based company Greenbutts has created biodegradable filters. Manufactured from a patented blend of natural materials, including flex, hemp, cotton and a natural starch-based binder, Greenbutts filters are made from natural food-grade fibers, contain no plastics or petroleum products, rapidly degrade and will dissipate in water within a few minutes. According to the brand, Greenbutts is “currently seeking a partner in the filter/tobacco industry which has the capacity to manufacture and commercialize this technology to the broader market”.

New Jersey-based recycling company TerraCycle has been working with cities and tobacco manufacturers to turn discarded cigarette butts into usable plastic since 2002. The company receives used butts from recycling drives and clean-ups on beaches and roadsides, as well as from thousands of branded collection bins in countries around the world including the US, Japan, Brazil and the UK.

After the butts are collected, TerraCycle separates the plastic in the butts from toxins using a unique multi-step process and blends the repurposed plastic with other materials to make plastic pellets, plastic lumber, and even outdoor garbage bins. Since its founding, the organisation has collected hundreds of millions of butts around the world.

Australia-based researcher Dr. Abbas Mohajerani of the Royal Melbourne Institute of Technology’s School of Engineering has found cigarette butts can be baked into clay bricks, trapping the dangerous pollutants and using less energy than is required to produce a typical brick.

According to his calculations, if just 2.5% of the world’s annual brick production incorporated 1% cigarette butts, it would completely offset cigarette waste. "About six trillion cigarettes are produced every year, leading to 1.2 million tonnes of cigarette butt waste,” says Dr Mohajerani. “These figures are expected to increase by more than 50 per cent by 2025, mainly due to an increase in world population. Incorporating butts into bricks can effectively solve a global litter problem as recycled cigarette butts can be placed in bricks without any fear of leaching or contamination.”

Researchers from the Environmental Material & Process Lab at Seoul National University have found a way to turn cigarette filters into a material that can be used to store energy in supercapacitors – "energy reservoirs" that smooth out power supplies to electrical equipment, which could be important for the future of electric vehicles. The innovation could prove to be an environmental and energy solution in one.

While growing consumer pressure and rising interest in environmental issues has led the EU to ban single-use plastics by 2030, EU country representatives rejected targets to remove 50% of plastic from cigarette filters by 2025, and 80% by 2030. However, new EU rules will require tobacco companies to fund awareness campaigns, provide public ashtrays and waste collection, and add labels to packets of filtered cigarettes, stating that they contain environment-damaging plastic.