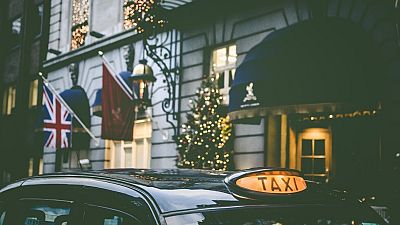 Hailing a black cab has just got a lot cleaner and quieter. Thanks to British-based firm London Electric Vehicle Company (LEVC) and its battery-powered TX taxi, the iconic taxi is now a zero emissions way to hitch a ride.

The thinking behind this EV taxi is simple: black cabs spend most of their time in cities where air pollution is at its worst and an electric vehicle is at its best. Cab drivers are also keen to invest in a vehicle for their work that is future-proofed against potential costs such as Low Emissions Zone charges and rising diesel costs.

With backing from Chinese firm Geely, which has helped Volvo become such a success in recent years and has electric car maker Lynk & Co in its stable, LEVC (the London Electric Vehicle Company) has come up with an all-new design for the black cab. Much of this is still dictated by the rules set out by Transport for London and the Public Carriage Office. They set out rules for safety, space and accessibility that all black cabs have to meet.

As a result, the TX can do all of the things traditional cabs can, just without the emissions, particulates, noise or running costs. At the heart of the design is a 110Kw electric motor powering the rear wheels that provides acceleration and performance that feel very similar to a diesel cab’s from the back seat. That means it’s not quick, but when you’re driving through congested streets that doesn’t matter nearly as much as manoeuvrability and refinement. It’s on this last point where the LEVC TX really shines.

Like all electric cars, the TX doesn’t come with any engine noise. It just glides along in silence, which makes for a stress-free passenger ride. The suspension is also more supple than most black cab users will be used to as it absorbs the bumps with more grace and composure for up to six fare-paying passengers.

It should be pointed out the TX is not a pure EV as it also has a 1.5-litre petrol engine borrowed from Volvo. This makes it a range extender as the engine’s sole purpose is to charge the battery when it runs low rather than to power the wheels directly. You can also plug in the TX to recharge from an electric socket and the range on EV power alone is 80 miles. Make the most of the range extender ability and it can cover 377 miles before you’ll need petrol or electric fuel.

Taxi drivers switching to the new cab stand to save around £110 per week in fuel costs and many will be able to recharge their cab’s battery for free to offset the £55,599 starting price. The TX comes with three different chargers so it can use any of the options currently available.

It can also be topped up with a rapid charger to 80% full power in just 20 minutes, so the cabbie can have lunch while the battery is being fed too. Using electric and petrol power offers an amazing 217.3mpg combined fuel economy. For city dwellers, this means carbon dioxide emissions are slashed to an average of 29g/km in the new TX compared to 222g/km in the older diesel-fuelled TX4.

Take a seat where a cabbie spends most of his or her working life and the TX is not the cramped or low-tech environment you see in older cabs. Far from it, as there’s generous room for the driver to stretch out, which is important when a driver can spend hours on end in here. There’s also excellent vision all-round for nipping through gaps in traffic, while the traditional style of the TX means it’s still narrow enough to squeeze through tight spots.

Then there’s the usual black cab piece de resistance with its turning circle. Nothing quite prepares you for just how agile a car this big can be. Covering about the same road space as a large SUV, the TX can whip around in a U-turn in less road width than even the best supermini. It’s a little like finding a hippo can pull off a ballet pirouette and doesn’t lose its wonder even after a bit of time at the wheel.

There are no gears to worry about with the TX thanks to the electric motor being a single-speed unit. It has strong brakes that are helped by three-mode regeneration as you ease off the throttle that helps to top up the battery with energy that would otherwise be wasted. This all combines to make the TX very straightforward to drive.

This familiarity is enhanced by switches and dials that are lifted from Volvo’s parts bin thanks to the common Geely parentage shared with LEVC. For any black cab driver thinking of making the change to the electric TX, the running costs will be the main concern, but the TX also tempts with the way it drives and far greater comfort. And from the back seat, this new taxi is the ideal way to enjoy the city.

‘Lego blocks’ of solar energy could power all homes by 2030