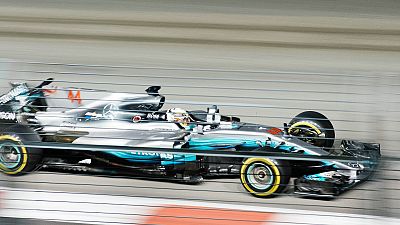 Motorsport is not immune the challenges of making the car more efficient and environmentally aware. This has led to a rapid rise in the number of electric race series, with the added attraction the furnace of competition increases the rate of development of this burgeoning motoring sector.

Many will be familiar with Formula E, which has been running since 2014 and pits similarly powered single-seat race cars against each other. Looking much like Formula 1 racing cars, the EV machines are every bit as exotic in their specification.

While they started out with an identical technical spec, the cars now sport a number of key differences depending on what their designers deem the best solution. Some have a single electric motor while others use two, and some cars stick with a single gear where their rivals might choose a three-speed transmission.

Formula E may be the mostly widely recognised electric motorsport currently running, but it’s not the first. There have been many attempts to make EVs appealing to race, but it only really took hold with the TTX races at the Isle of Man TT motorcycle event. This has now morphed into the TT Zero and many of the top riders take part around the island’s daunting 60km (37.7-mile) mountain course.

The pace of development in this class of motorcycle racing has been nothing short of amazing. From its first running in 2010 where the fastest lap was recorded with a speed of 155.8kmh (96.8mph), it has risen to 194.9kmh (121.8mph). This is not far off the outright lap record speed for the fastest bikes in the Senior TT, proving the EV machines can compete on an even footing. With the gap closing so quickly, many think electric and petrol bikes will be racing together soon at this historic circuit.

Elsewhere, EVs have already eclipsed their fossil-fuelled counterparts and nowhere more emphatically than the famous Pikes Peak Hillclimb in Colorado, USA. Volkswagen’s I.D R Pikes Peak car didn’t just beat the previous record, it smashed it by more than 15 seconds when it ascended the mountain climb in 7min 57.148sec.

Using twin electric motors, the 670hp I.D R did not suffer the same power losses that petrol- and diesel-engined hillclimb race cars do as they travel up the 3000-metre hill into thin air. Many now think this record can only be surpassed by another EV car and several manufacturers are working on rivals to Volkswagen’s Pikes Peak winner.

An unusual feature of the I.D R was an alarm to sound a warning to spectators as it creates no engine noise to tell people it’s heading towards them. The lack of noise is a common complaint thrown at EV motorsport, but many drivers report it makes the cars less tiring to compete in.

While less noise may reduce the drama for some, there’s no questioning the excitement of many forms of EV racing such as the Jaguar I-PACE eTrophy. It’s the first all-EV production car-based race series in the world and got under way late in 2018. It runs on the same tracks and weekends as Formula E. Performance is not in doubt as the identical cars cover 0-100kmh (0-62mph) in 4.5 seconds to be as fast as many supercars, and close racing is guaranteed.

Plans are also well under way to introduce an Electric GT championship using the Tesla Model S to begin with. This series will see the cars develop more power each season as the teams and drivers develop, with a final goal of more than 1000hp that would make the cars among the quickest race machines anywhere in the world.

Away from the race track, the World Rallycross Championship is set to make all of its cars battery-powered from 2021 onwards. Paul Bellamy, Senior Vice President of Motorsports at IMG that runs the series, said: “We are on the verge of an exciting new era for motorsport. Electric cars are increasingly important to all areas of mobility, and rallycross is the perfect platform to demonstrate the incredible performance capabilities of electric cars in a fun, competitive and cost-effective environment.”

That sentiment is echoed in the world of two-wheel racing with MotoE starting in 2019 alongside the MotoGP premier class. Using race-tuned Energica Ego bikes, they will have a top speed of 270kmh (169mph). The motors will be the same for all teams, but set-up of suspension and seating position will be down to the 18 riders that make up the grid.

Close racing will be a cert in MotoE and in all other forms of EV racing. While some may mourn the lack of engine sounds, the move to electric power means more racing can take place without concerns over noise limits at racing circuits. Along with the technology push for road cars, this is a positive move to safeguard the future of motorsport worldwide and that’s great news for competitors and fans alike.