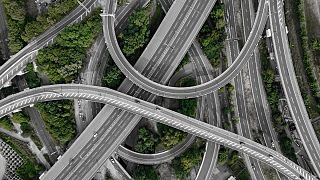 Tesla quickly showed this dilemma didn’t exist, with its sprawling and ever-expanding Supercharger network. And now, thanks to a joint effort by Europe’s largest car makers, non-Tesla drivers can also charge quickly and conveniently.

What these car makers are working on is called Ionity, and it’s a fast electric car charging network which will spread right across the UK and Europe in a bid to make driving electric - even over long distances - as convenient as petrol and diesel. Only cheaper, and cleaner.

Ionity was founded by the BMW Group (which includes BMW, Mini and Rolls-Royce), Daimler (parent of Mercedes-Benz) and Ford, plus Audi and Porsche, both members of the Volkswagen Group.

By 2020, Ionity plans to have opened over 400 charging stations across Europe, along the most popular long-distance routes to help EV drivers complete long journeys. Each of these 400+ stations will have an average of six charging points.

Although a healthy number, this is smaller than Tesla’s Supercharger network, which currently offers over 3,200 chargers at more than 400 stations across Europe.

As of now, February 2019, 54 stations are operational, with a further 53 currently being built. This will ramp up significantly once the first electric vehicles from Volkswagen, Audi, Porsche and other Ionity partners hit the road.

And when they do, drivers will discover that the Ionity network can charge cars far faster than Tesla’s supercharger network. Delivering power at up to a rate of 350 kW - well above the 120 kW Supercharger - Ionity chargers can refill batteries by 80% in as little as 15 minutes. For context, 350 kW of energy is enough to deliver power to 3,500 100W light bulbs.

Ionity says the chargers will intelligently charge cars as quickly as their batteries can safely handle, and the goal is to have a charging experience where, once you have grabbed a coffee and stretched your legs, it’s time to get back on the road. As with other charging systems, Ionity warns that filling batteries in extremely low or high ambient temperatures can be slower, and the last 20% of charge is generally slower than the first 80%.

The first car to be available with such a charge rate is likely to be the Porsche Taycan, formerly known as the Mission E. Due to enter mass production by the end of 2019, the Taycan is a luxury four-seat saloon car which will fit somewhere between the 911 and Panamera in Porsche’s current vehicle lineup. The Taycan will have access to the Ionity network, plus chargers located at all Porsche dealerships across Europe and the US.

Going forward, all vehicles using the Combined Charging System (CCS) will be compatible with the Ionity network. Additionally, Tesla is fitting European versions of its Model 3 with CCS plugs; early testing has found these cars charge slightly quicker on an Ionity charger than on Tesla’s own Supercharger (126 kW vs 121). Ionity says the CCS standard “allows for achieving coverage for the vast majority of battery electric vehicles.”

As with Superchargers, drivers do not need to carry a charging cable with them, as it is permanently fitted to the charger. As with the Tesla network, you simply park, plug in, charge, pay, then leave.

Regarding the cost of using the Ionity network, for now, there is a flat fee of €8 / £8 / 8CHF depending on the country you’re in for one session of charging. There is, for now, no limit on the time users can charge for, or the amount of electricity they use, but this is likely to change once compatible cars become more widely available. Payment can be made with the tap of a credit card or smartphone, and there will be a phone app too. You can also pay by scanning a QR code on the charger using the Ionity mobile website.

If this all sounds familiar to US readers, then you’re probably aware of the Electrify America network, which is headed by the Volkswagen Group and intends to provide a similar experience.

How electric cars are dominating the Geneva Motor Show