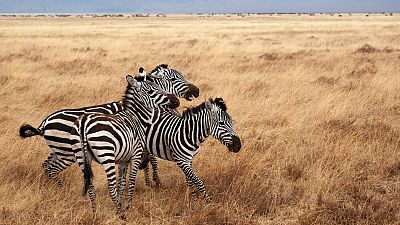 Going on safari can be one of the most life-altering and memorable experiences – a holiday that you can talk about forever. But the privilege of witnessing some of the world’s most spectacular landscapes and creatures, should not come at the cost of the health of this wildlife. Eco-tourism is swiftly on the rise as travelers become more aware of the impact they are having on their surroundings. As safaris rely upon the land and its inhabitants, many of them have adopted responsible approaches to sustainability for the wildlife and local communities, becoming hubs of employment and education that aim to both preserve and observe the nature around them, rather than interfere with it. If you’re thinking of heading off to explore some of Africa’s most rural corners, take a look at our pick of the best eco-friendly and community conscious safari camps and reserves on the continent.

In the heart of Kaokaland – a region on the north west coast of Namibia that overlooks the Atlantic Ocean – Serra Cafema sits. Each of the eight cabins is beautifully hewn from sustainably sourced wood, mixing Scandi minimalist chic with rustic and tribal touches. Being the only permanent source of water in the region, the neighbouring Kunene River attracts both predator and prey, with everything from Nile crocodiles, gemsbok and zebra using it as a life source.

The region is still relatively underdeveloped and is home to the Himba tribe. The owners of the camp, which is one of the most remote in Africa, have leased the land from the local village and employ many of its inhabitants on site. They’re committed to protecting the heritage of the semi-nomadic tribe and, as part of the Wilderness Safari Group, support several local charities, including Children in the Wilderness (which helps to educate children in the remote areas of the reserve) as well as a sea turtle conservation project.

Set on a hilltop abovethe Boteti River in Botswana, Meno a Kwena Camp allows you to get close to the nature you’re there to observe. There are nine tents in all, although the word ‘tent’ doesn’t do justice to the colonial styled cabin-like structures with panoramic views and decks from which you can sit and watch the game go by. Part of the Makgadikgadi Pans National Park, the area is home to lions, cheetahs and leopards as well as Afriaca’s second largest herd migration, which you can watch in April.

The team at Meno a Kwena has worked tirelessly since its opening to lessen the human impact on the surrounding wildlife. The camp leases the land from local people, as well as provides numerous training and employment opportunities for them. In fact, most of the people who work for the lodge come from the surrounding villages. The Natural Selection company as a whole has pledged a commitment to working with companies that will help to conserve both the wildlife and communities that it relies on.

In the heart of the Zambezi River, Sindabezi Island remains one of the most exclusive and lesser known safaris in the world and is one of the best places from which to explore Victoria Falls. There are only five cottages in total at Tongabezi Lodge, each built amongst the surrounding trees from sustainably sourced materials. Copper tones and colonial touches can be seen throughout and the double beds are almost too welcoming to get out of. You can enjoy the views of the river making its way to the falls from roll top outdoor bathtub or from the hammock out on the deck. Days can be spent on game drives, visiting the local Maramba Market or heading on a trip to the waterfall and evenings can be spent around the camp fire, enjoying the beach bar or watching the sun go down over dinner on a floating raft.

Everything on this romantic island is solar powered and all waste is used to grow the fruit and veg that supply the kitchen. Irrigations have also been built to make use of the recycled water, helping to sustain the Tongabezi wildlife dam. The reserve helped to set up Tujatane School, which now educates around 240 local children, as well as providing employment and learning opportunities for their parents. The staff has also joined the Zambia Aids Council and is trained to educate the local community about testing, treatment and prevention.

South Africa is known for its spectacular reserves and is home to the Big Five – lions, leopards, elephants, rhinos and Cape buffalo – the animals most visitors hope to see on safari. Amongst the 60,000 acres of the Greater Makalali Reserve you’ll find the Garonga Safari Camp - a luxury camp overlooking a dry riverbed, set amongst the trees and bushland that the animals like to graze in. The rustic décor pays homage to the wilderness of the landscape and guests can enjoy the amenities of luxury accommodation in a place where outside and inside are very fluid concepts.

Relax out in the Bush Bath surrounded by candles or book into the Sleep Out for a night under the stars, ready to be up at dawn for a drive out into the bush. If you’re lying in the hammock on your cabin’s veranda, don’t be surprised to see the local elephants stopping by for a quick feed from the nearby trees.

This lodge was made environmentally friendly back in 2009 and now boasts a sewage filtration system that ensures the water is safe for animals to drink. A large amount of the food is dug from the camp’s own garden, which is fertilised with organic litter and all the excursion vehicles are run on bio fuel that doesn’t add harmful toxins to the surrounding environment.

Beneath the tamarind trees of Chada Plain, you’ll find the tented camp of Chada Katavi – an accommodation outpost that offers a true wilderness experience to visitors. The tents are canvas and comfortably but sparsely furnished. Luxurious bedding offers a great night’s sleep whilst hurricane lamps will light the way to your en suite bucket shower. Whether you’re hoping to witness a lion hunt, a family of chimps or hippopotami and crocodiles warring in the rivers, you’ll find it in this area of Western Tanzania.

The toilet system in the camp is ecologically sound, so no contaminated water will make its way to the animals. The camp also helped set up a youth centre and environmental library in Kibaoni Village in the hope of engaging the local youngsters with the conservation efforts needed to preserve the park. These kids also regularly visit the camp and the safari to learn more about the career opportunities available and the wilderness waiting to welcome them once their schooling is over.