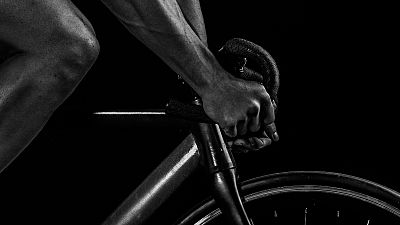 That was the sign-off line of a three-page document given out to 15 masochistic souls who assembled in Hawaii 40 years ago for the world’s first ever Ironman triathlon.

The event was the brainchild of Honolulu-based couple Judy and John Collins, for whom one endurance race clearly wasn’t enough. They duly combined the Waikiki Roughwater Swim, Around-Oahu Bike Race and Honolulu Marathon into one frankly ludicrous event.

Miraculously the competitors not only finished, they came back for more. Three years later the race moved from Waikiki to Kailua-Kona on Hawaii’s Big Island, which has remained to this day the spiritual home of the world’s least likely sporting obsession.

On Saturday October 13, the same venue will host the Ironman World Championship, featuring 2,000 of the fittest human beings from all over the world.

Germany’s Jan Frodeno has won two of the last three world titles, and he also set the Ironman world record in 2016, completing the whole thing in 7 hours 35 minutes 39 seconds. Make no mistake, this is one mighty human being. Yet Frodeno is adamant that even in this ultimate physical field, the secret is not in his muscles but in his head.

“It’s much harder on the mind than the body,” insists Frodeno. “Of course you have to be fit, but all the competitors are fit, they’ve all got great VO2 maxes (which measures a body’s rate of oxygen consumption) and all that. So it’s in the mind that victory is won or lost.

It’s you against yourself and the elements

“It’s less about strength than concentration. The main challenge to the Ironman is in attitude and mental strength. It’s you against yourself and the elements. No one can hold their focus for eight hours – unless you’re the Dalai Lama. With fatigue you go through so many ups and downs and find yourself dipping in and out, so it’s a fine art to get back to that focus.

“You overweigh negative thoughts with positive thoughts, using self-talk to control your emotions and let them control your muscles. For weeks after an Ironman I find myself hearing voices because I’m mentally so exhausted.”

Few of us can even compute the level of physical exhaustion we’d experience after an Ironman. To be honest it’s hard enough just reading about it… But we all know what mental exhaustion feels like – even if it is just the result of a long day sat at a desk or a late night of fun. Endurance athletes need to control any urge to give up to have any chance of keeping competitors at bay.

“I’ve learned it is an ongoing process, all the time,” adds Frodeno. “I do my mental training while I’m out doing the physical training. Of course when I’m sitting reading a book, it all helps. I worked with sports psychologists, read a lot of books, did yoga, all the classic things. In the end it made me realise the best psychologist is myself. I train a lot on my own and once you know how to be honest with yourself, no one can analyse your mind quite like you can.

“When you’re doing hard training sessions you have to talk yourself through it. You engulf yourself in conversation and it becomes an inner circle. What you expect from a session decides the outcome as well. If you think it will be easy, your expectation is totally different compared to going into it thinking it’s going to be the hardest session of your life. Funnily enough it always turns out to be the opposite… and your mind is a wonderfully powerful thing to turn pain into nothing.”

Born in Cologne, Frodeno grew up in South Africa and began his sporting life as a swimmer before returning to Germany to start a competitive career in the ‘regular’ triathlon, a mere sprint by comparison (1.5km swim, 40km bike and 10km run). He wasn’t the favourite heading to the Beijing Olympics in 2008 but on the day after his 27th birthday he took gold in a sprint finish.

Frodeno has been hooked on these ever-increasing challenges ever since. He won the Half-Ironman World Championship in South Africa last month, and he would have been heading to Kailua-Kona as one of the big favourites, but for a stress fracture of his hip that has ruled him out this time.

That potentially leaves the path clear for his fellow countrymen Sebastian Kienle (2014 winner) and Patrick Lange (2017 winner) to make it a five-year winning streak for Germany. But first they will have to see off the rest of the world’s fittest humans, not to mention the battle with their own minds. While the pain is hard for most of us to compute, Frodeno insists the payback is a feeling unlike no other…

“I like to call it floating,” he smiles. “Really it’s an empty state of nothingness. I’m not thinking of five seconds before or what’s happening in the afternoon, I’m just thinking of that very moment. That’s what I call being ‘in the Zone’.

“It’s like the old trick of staring at a candle, but when you do it during movement it’s wonderful because you are just absorbing everything around you in that moment. It’s where I try to get but to be honest I can’t hold it too long because everything has to be perfect in that moment too. I’ve had it at the Olympics and for very brief moments in an Ironman. I might get it once a month when everything comes together. But it’s what I look for every day and in every session and I’ll keep searching for it.”

Clyde Brolin is the author of In The Zone: How Champions Think and Win Big