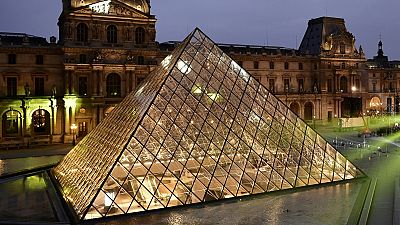 The iconic French museum packed up and shipped for the first time some of its artworks to Tehran. The carefully curated collection is about to be displayed in the National Museum of Iran, which will mark the first large-scale exhibition by a major Western museum in Iran.

The outstanding cultural and diplomatic event for both countries is the result of an agreement made during Iranian President Rouhani’s visit to France in January 2016.

A selection of more than 50 masterpieces from the Louvre’s various departments and the Musée Delacroix will be displayed, with the statute of Sphinx featuring as the most prominent. Many of these works are associated with various cultures such as Greece, Egypt, and Mesopotamia. The exhibition will embrace several ancient Iranian objects as well.

There will be four different sections: Birth of a Collection, Birth of a Museum, Globalization Dream and, An Alive Museum.

Our cameras got access to the exhibition’s arrangements ahead of the 5 March opening.