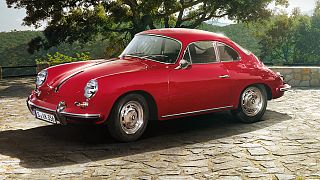 Seventy years ago, the first **Porsche **sports car was born. In the last 70 years, Porsche cars have won an estimated 24,000 auto races around the world. And the company produced more than a million of the iconic type 911.

The German brand’s anniversary is being celebrated with a huge exhibition in Los Angeles.

'The Porsche Effect' at the Petersen Automotive Museum is claimed to be the most comprehensive Porsche display outside of its headquarters in Stuttgart, Germany.

The aim is to show the evolution of the German brand, from its early days as an engineering house, to its modern-day road and race cars.

Terry Karges from the Petersen Automotive Museum says Hollywood played a role in the brand's success. "When the Hollywood stars started buying and driving Porsche, it became a very popular car in Germany," he says.

The iconic types on display

The exhibit has more than 50 rare Porsche sports and race cars on display, including a 1949 356-2 'Gmünd Coupe'. Experts say the rare handmade car is worth about $1 million today. Only 40 to 50 were ever made.

Another iconic model, the Porsche 64 was developed before the Porsche company was even created. The Type 64 60 KIO was designed in 1939 by Ferdinand Porsche. He used many components from the Volkswagen Beetle, which he created, too.

The 1964 Porsche 901 was actually the first 911. The name was soon changed from '901' to the now famous '911'. The design proved so enduring that the basic concept remains unchanged to this day.