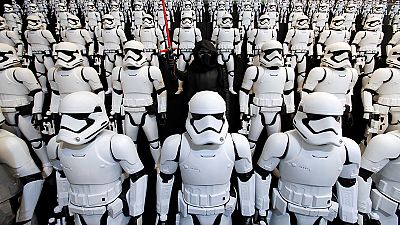 As the latest installment of the “Star Wars” saga hits theaters this week, audiences will once again journey into a futuristic world of spaceships, humanoid robots, and laser weapons. But some of the make-believe technology seen in “Star Wars: The Last Jedi” and its predecessors is a lot closer to reality than you might think.

Maybe that shouldn’t come as a surprise. “A lot of times science fiction inspires great science,” says Jeanne Cavelos, a former NASA astrophysicist and the author of “The Science of Star Wars.”

Maybe faster-than-light-speed travel and lightsabers aren’t just around the corner. But here are five “Star Wars” technologies that could be ubiquitous within a decade.

Humanoid robots, or droids, are everywhere in the world of “Star Wars.” In the real world, of course, most robots are specialized industrial machines that look nothing like us — and don’t interact with us the way C3PO does with Luke Skywalker.

But this is changing, and for very practical reasons, says Dr. Jonathan Roberts, a professor of robotics at Queensland University of Technology in Australia and a self-described “Star Wars” mega-fan. 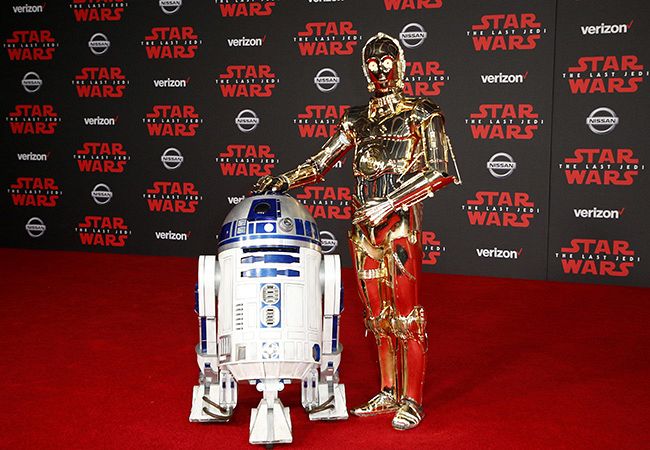 “We’ve constructed our entire built environment for humans, so by definition, a human-size robot that can do what a human can do can use all the things we’ve already made — like door handles or flights of stairs,” he says.

The DARPA Robotics Challenge, an international technology development competition held from 2012 to 2015, gave droid development a major push by challenging teams to build bots able to perform tasks in “human-engineered” environments. And while Boston Dynamics’ Atlas robot can’t talk, it’s agile enough to do backflips in a very human-like way. Toyota’s THR3 can be controlled remotely to mimic a user’s movements.

Atlas keeps its balance when jostled or pushed and can get up if it tips over. © Boston Dynamics

Other humanoid robots are designed for human-machine interaction. Softbank’s Pepper robot, for example, can gauge emotions, adapt its behavior to its handler’s mood, and remember people’s faces and preferences. It’s already being used in shops, banks, and hospitals.

After losing his hand in a lightsaber duel with Darth Vader in “The Empire Strikes Back,” Luke Skywalker gets a super-dexterous robotic replacement that allows him to continue his swashbuckling ways. And just this year, military veterans with missing limbs started being fitted with the LUKE bionic arm, a state-of-the-art robotic arm that, unlike previous devices, lets amputees move multiple joints at once. 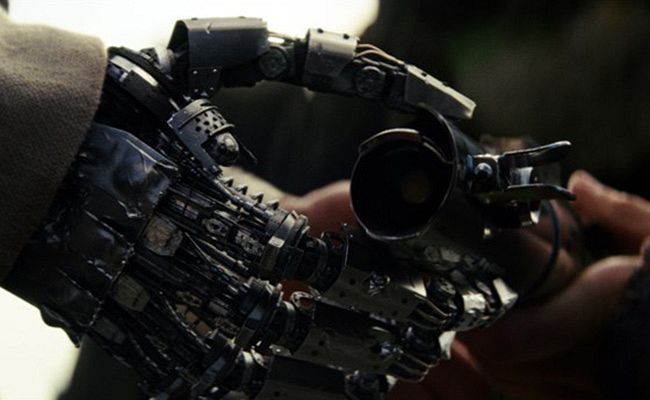 Advanced as they are, the new prostheses have their limitations. Since they’re strapped on rather than surgically attached, they lack the power of human hands and arms. “You’re certainly not going to be able to fight with swords!” says Roberts. 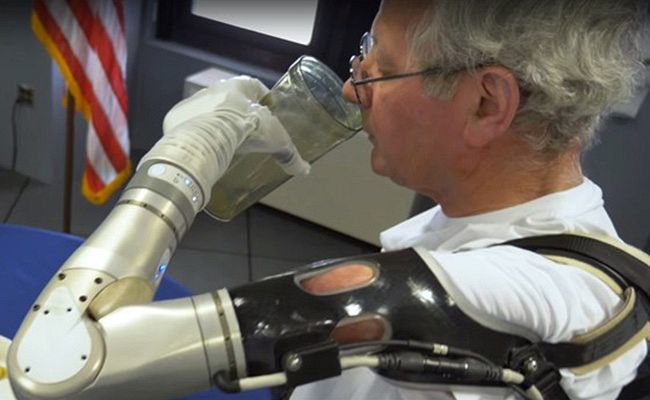 On the other hand, computer-brain interfaces are starting to let people control prostheses via thoughts alone — by picking up the brain’s electrical signals either through an electrode-studded cap or even a brain implant. Last year researchers at John Hopkins University in Baltimore demonstrated a robotic hand that lets users wiggle individual fingers by thought control.

Intergalactic teleconferencing is still beyond our reach, but something similar to the 3D holograms that “Star Wars” characters use to communicate are coming closer. 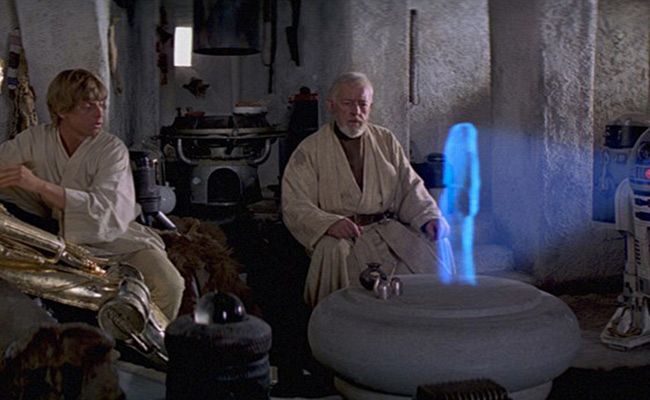 “There are a lot of really strange and innovative types of displays being developed now,” says Cavelos, adding that exciting progress has been made in so-called “volumetric displays” that generate floating 3D images.

Voxon’s VX1 slices 3D images into hundreds of cross-sections that are projected onto a flat screen; the images move up and down so fast that the eye blends them into a 3D image. The HoloPlayer One generates 32 views of a scene from different directions to create a 3D field of light floating above the device. 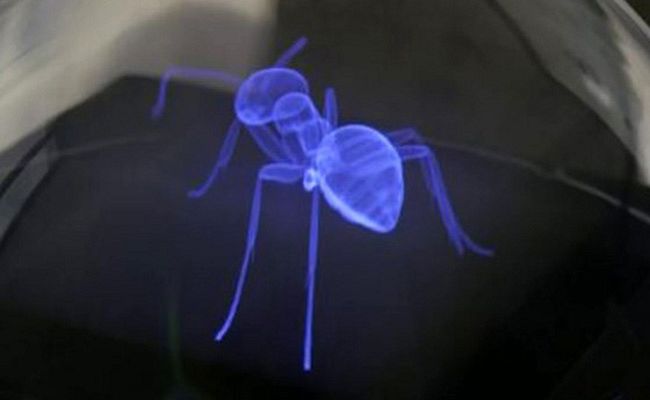 Closest to recreating those “Star Wars” holograms is the HoloLamp, which projects 2D images tweaked to trick the brain into seeing a 3D object. Because the device has to track the user’s face to maintain the correct perspective, it works only with one person — so there’s a ways to go to achieve “Star Wars”-like capabilities.

After decades of disappointment, efforts to build flying cars reminiscent of those that zip around “Star Wars” cityscapes are starting to pay off.

The aptly named Passenger Drone conducted its first manned flight last September, and by year-end, Airbus plans to test its Vahana aircraft. The latter is designed to ferry single passengers between rooftops in dense cities.

Dubai announced in February that it would launch a flying taxi service using one-seater passenger drones made by China’s Ehang. 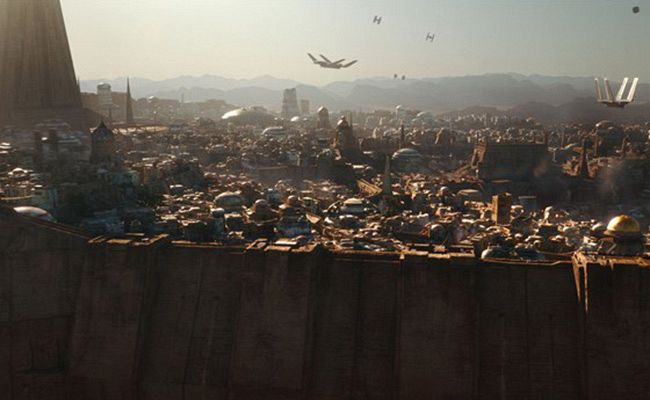 The city of Jedha in “Rogue One: A Star Wars Story.” © Lucasfilm
Ltd/Kobal/REX/Shutterstock

Roberts says safety regulations may prove more challenging than developing the technology, adding that passenger drones are likely to be a toy for the super-rich rather than the next transport revolution. As he puts it, “It’s always expensive to fight gravity.”

In the new movie, the First Order and the New Republic spaceships go head to head, blasting each other with powerful laser cannons. And while the U.S. armed forces continue to rely on conventional projectiles, it may not be long before real-life military aircraft are fitted with something similar. 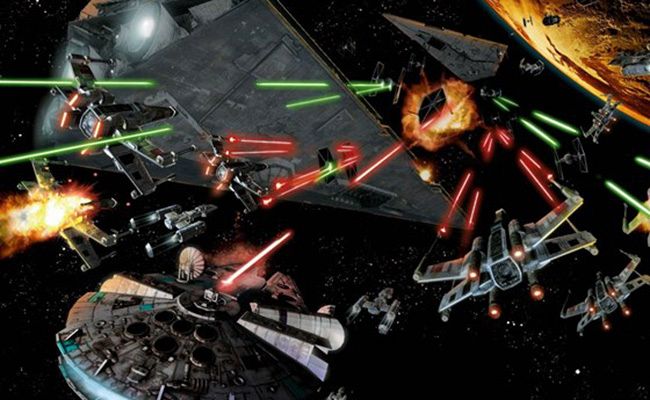 The U.S. Navy already has an operational ship-based laser cannon, and the U.S. Army’s ATHENA system recently shot down five drones in tests. Last June, defense contractor Raytheon fired a high-energy laser from a helicopter for the first time. And just last month, the U.S. Air Force gave Lockheed Martin a funding to build a laser that fits on a fighter jet to shoot down incoming missiles. The system should be operational by 2021.