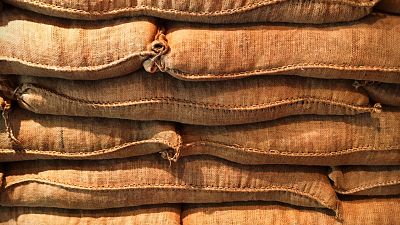 But thinking that it wasn’t enough, and that more sustainable initiatives are needed in the fashion field, in 2015 he decided to bring his goal further by launching a new product: Tarì Rural Design, a luxury fashion brand creating bags made with materials fabricated and used by Sicilian farmers in their daily agricultural tasks. With the mission to show that Sicily can get out of its economic impasse through its own means and by combining two opposite fields – fashion and agriculture, that in Italy’s collective consciousness symbolize the North-South divide – this brand is today one of Italy’s few sustainable luxury companies, and promises to revolutionize the fashion market.

“There are many successful fashion companies run by Sicilian entrepreneurs who, however, usually don’t know how to bring the brand globally,” explains Gabriella Ferrera, founder of Harim, a fashion & design academy based in Sicily. “Thanks to a digital revolution, things are luckily changing though. New talents are exploiting the island’s many resources, transforming them into materials for the fashion industry. This is why many luxury brands have started to praise Sicilian sustainable fashion and today invest on Sicilian entrepreneurial ideas,” she adds.

“We involuntarily started as a luxury company because of these textiles we work with. We wanted to use materials representing the agriculture and labor as driving forces of our land; today we use jute and hemp, which are harder to work than leather, so production costs are higher,” Lauricella explains. “Moreover our products are usually original, unique pieces, to symbolize our vision of contrast to the result of globalization’s chain production,” Lauricella says. The handmade bags are sustainably produced in every detail: from the materials made out of harvesting bags used by farmers to the bags’ keychains made by Caltagirone’s ceramists, a city in Eastern Sicily well-known for the fine quality-level of its ceramics production.

The company currently counts on five permanent artisans spread all over the island, and a few freelance contributors. It produces around 1,000 unique bags a year, which are then sold by luxury retailers and ateliers all over the country, although Tarì’s next step is to expand abroad. Angelo Ferrera, who leads the company’s e-commerce, is helping this expansion through an improved digital strategy that should be able to take Tarì outside Italian territories over the next year.

He also oversees the craftsmen’s work and experiments new textiles with them. “It’s very encouraging to see new developments and occasions for exchange, and to learn from each other,” Ferrera says.

“Craftsmen are spread all over the island and, though we often travel to check their work in-person, to be quickly responsive they learnt to send us videos and photos, using the newest technologies despite the generation gap and an identity deeply rooted in the past, a typical Sicilian combination of new and old coexisting together,” he says. “What I like about these kinds of sustainable, small businesses is that they help develop human relationships, a necessary and appropriate element for a genuine company,” he adds.

The brand’s idea is to accept Sicily with all of its contradictions and communicate a revolutionary message of undergoing change that only fashion, as an often underrated form of art, can deliver in an innovative way.

“This company also wants to be a message of hope to Sicilian youth, that we can make it in a difficult market to break into, such as luxury fashion, and that we should give value to our land and not listen to the current political discourse. If we don’t value what this precious Mediterranean island has to offer, someone else will steal and exploit this potential,” Lauricella concludes.