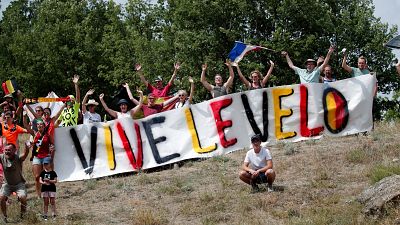 One in 2 Europeans are regular cyclists, so if you haven’t booked your summer holiday yet, then maybe it’s time to get on your bike!

Thanks to the organisation of the European Cyclists Federation (ECF), it’s easy to organise a trip on one of the 15 long distance trans-European cycle routes known as the EuroVelo network.

The first EuroVelo network map was published in 2008 and detailed the 12 routes over more than 60,000 kilometers across the European continent.

Since then, the network has expanded and now stretches from the fjords of Norway to the mediterranean forts of Malta, encompassing more than 70,000 kilometres and taking in 40 countries.

That first map documented the start and end of the routes, the type of signposting to look out for, as well as indicating where there were no cycle tracks in place yet. It also gave basic information about cycle carriage on trains.

Now holidaymakers can much more easily choose the type of trip that suits best by visiting www.eurovelo.com/en/eurovelos and narrowing down their search by selecting flat or hilly terrain, the difficulty level of the route – easy, medium, or challenging – as well as type of bike they want to use: mountain bike, road bike, ebikes, those suitable for trailers, and rideable with children. 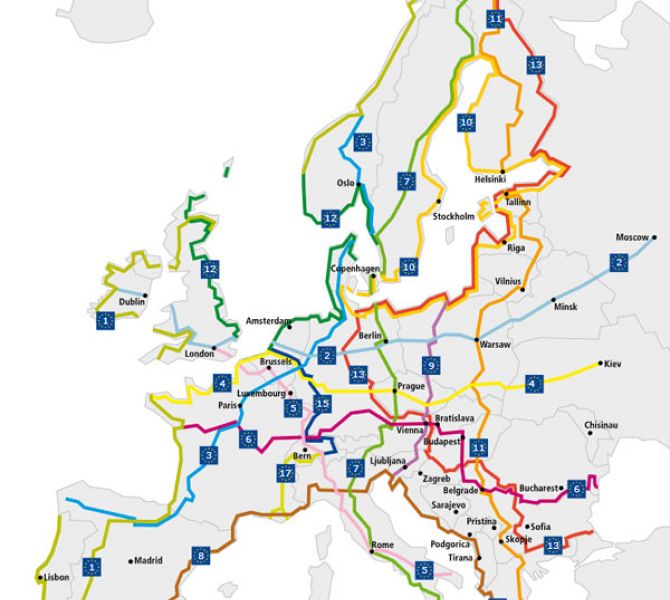 And the routes now receive a rating for the services available on route, such as existing or planned accommodation, restaurants, bike repair shops as well as the all important public transport connections.

Jesús Freire, ECF Business Development Officer explained that the routes are modelled roughly along the rail network “because we find that rail and bikes are very complimentary.” Most of the cycle routes have good rail connections.

“I have cycled some of them myself, and some of them are very developed,” continued Freire. “The EuroVelo Rhine cycle route is the first that we have formally certified for its high standard of infrastructure and services. Because it is flat and not too demanding, it is a preferred route for families with kids, seniors or beginners.”

However the most popular route is the Atlantic to the Black Sea trail. Encompassing ten countries, four UNESCO World Heritage Sites and six rivers – including famous sections along the Loire and the Danube – the 4,400 kilometer-long route over flat topography is a bike-lover’s dream.

The EuroVelo routes connect up most of the important cities across Europe so there is some urban cycling on many routes, but most of the time it is a fresh air experience through the countryside.

“Not all the length of all of the routes are on dedicated, segregated cycle routes,” said Friere. “But we always focus on low traffic and low speed, greenway, and segregated routes wherever possible.”

“My experience is that the most challenging route is number 13, the Iron Curtain trail. It’s not completely developed, and there are parts where you would need a mountain bike. It is also more hilly and has some more adventurous parts. Another route that can be challenging is the mediterranean, but it is still very enjoyable for more experienced cyclists,” concluded Friere.

The European Cyclists’ Federation coordinates the development of the network across the whole of Europe, but works with National EuroVelo Coordination Centres and Coordinators to ensure the implementation, operation and quality assurance of EuroVelo at a national level. Most of the funding comes from regional and national investment, although there is some European financing available, noteable through the Connecting Europe Facility.

According to ECF, half a million jobs are linked to cycle tourism. It also promotes economically, environmentally, and socially sustainable travel as well as giving holidaymakers a unique experience of of the culture and countryside in and between European states and regions… not to mention, all that exercise will get you physically fit!

Cycling: Tour down under- stage 5