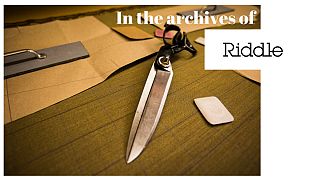 For such an august tailoring house that dressed the Queen’s Father for many years, Benson & Clegg currently sits carefully and discreetly under the radar. Holding a Royal Warrant to the Prince of Wales for badges, buttons and military neckwear, it is well known as having the most comprehensive selection of school, regimental and club ties that one can peruse. However, at its core it is a tailors dating back to 1937, originally in Bury Street before its move to the Piccadilly Arcade.

The house cut has a clean and square shoulder line, with the coat designed to accentuate the waist and hug the hips. The trousers are in the traditional English style, cut high and made for braces. As Mark Gordon, the Managing Director points out, the house always recommends the three-piece option to its bespoke customers, enabling the comfortable and stylish English cut trouser to be worn. Nonetheless, with its made-to-measure option, Benson & Clegg are happy to provide a more contemporary, lower-waisted trouser.

Benson & Clegg have offered their made-to-measure facility for well over a decade now, and it has become an integral part of the range of services they offer. Mark does point out, though, that their bespoke and made-to-measure customers are two very distinct groupings. There is little overflow between them – only 10 to15 per cent of made-to-measure clients will graduate to the house’s full bespoke offering.

“People know what they want, they research,” says Mark. “We deal with a knowledgeable customer.” Over recent years, the firm’s clientele has slowly got younger; the new made-to-measure customer will be in his early 30’s whilst the bespoke neophyte will be six or seven years older. As this is written, many suits are be being ordered for this summer in a fine lightweight 8/10 ounce worsted cloth, though a slightly heavier 12 ounce cloth still remains exceedingly popular for all year round flexibility.

Customer loyalty is very high at Benson & Clegg but interestingly, Mark says, “Customers tend to stay with a tailor for a specific area of dress, i.e. suits or dinner jackets.” Benson & Clegg has historically been known for evening wear, though this has evolved in recent years as they have developed a strong reputation as a blazer specialists. However, it is fascinating to still see that this specialisation – even if now only a historical curiosity – still affects buying habits.

In many ways, things have not changed since the Regency period when tailors and bootmakers rigorously focused on – and were famous for – very specific areas of dress, be that breeches, waistcoats, riding boots or opera gloves. Benson & Clegg was warranted as a tailor to George VI for his civilian clothing, though the firm also created a number of the naval uniforms he was famously photographed in during the war.

It is an intimate, family oriented firm – helped by the tiny nature of their shop off Jermyn Street. Mark has taken over the Royal Warrant from long standing Managing Director and cutter Ken Austin, who retired a couple of years ago. Mark’s background is certainly slightly different from many in the trade. A politics graduate, he worked as a Civil Servant intelligence analyst for the Metropolitan Police for many years before coming to Benson & Clegg. Ken’s brother, Barry, still works for the firm as Head of Operations and Tony Martin, whom Ken trained, has taken over as Head Cutter.

Tony has sympathetically updated and refined the house cut to take into account contemporary styles. The cutting itself is done in the little basement with a small fitting room on the groung floor and a tiny but bustling workshop upstairs. The firm bought with it, when it moved from Bury Street, its old cutting bench, which was used for all of George VI’s garments. Everything is made on the premises.

Benson & Clegg is famous for its bespoke blazer buttons. It has provided these to many prestigious bodies including Guards Polo, the East India and Carlton clubs. The firm carries out about 100 bespoke commissions a year to both organisations and individuals. An archive of customer patterns is kept and though the button die itself is owned by the customer that is also kept at the company’s Birmingham factory. Along with its tailoring, this is one of the arenas where Mark believes the firm’s ethos of care, service and listening to the requirements of the customer – skills essential to how Benson & Clegg has retained its Warranted status – come into their own.

The firm – as befits its warrant description – holds a comprehensive archive of tie patterns going back a hundred years and are the leading supplier to schools, colleges, Regiments and clubs. It will deal directly with bodies requiring neckwear – for example, the Commanding Officer of the Scottish & Northern Irish Yeomanry (a new Reserve Regiment created out of the last defence review) recently sat down with Mark to discuss the design and colours for its new Regimental tie.

Due to both the limited space and ultra-competitive nature of the Jermyn Street shirt environment, Benson & Clegg does not currently offer shirts. Some years back it offered a very small collection and then stocked Cleeve shirts before that firm was bought out. Mark does see the firm revisiting this area in the future but is currently looking to consolidate their strengths and core offerings.

Looking forward, Mark is very excited for the future of Benson & Clegg. The firm has just completed its five-year plan looking at trends, its strengths and its options. A number of potential franchise deals are being pursued and a second retail shop is being considered.

Sitting happily in Piccadilly Arcade, they tap into the history and sartorial heritage of St James’s and Jermyn Street as well as seeing much higher consumer footfall than in their old premises in Bury Street. There will be a careful increase in the breadth of made-to-measure offerings. Mark emphasises, though, the need to be accurate and forthright with a knowledgeable clientele: “So long as the customer knows what they’re after and what they’re getting,” as he puts it. Benson & Clegg knows the need to rigorously define the parameters of “bespoke” and “made-to-measure”.

As part of Benson & Clegg’s evolution, they have very recently re-launched a refined website. In the past fortnight, the firm also took part in an exclusive truck show in Washington DC with fellow Piccadilly Arcade dwellers Budd Shirts and the Jermyn Street shoe makers Foster & Sons. A small whisky tasting event for no more than 120 people, it was an immense success with representatives from the British Embassy in attendance. The firm is also looking to extend its reach on its tours in the US to include Philadelphia.