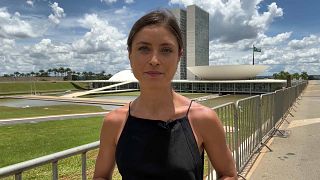 Brazil's Minister of Culture, Margareth Menezes, has revealed that her government wishes to create a memorial using artwork from Brasilia's Planalto Palace that was damaged during Sunday's riots by far-right protesters.

Speaking in Brasilia, Menezes said she hoped the damaged works could form a "memorial about this violence we suffered so that it never happens again." She also said the total cost of damage and repairs needed at the palace would be revealed on Thursday.

"This is an artistic treasure of the Brazilian people, that belongs to the nation and whose integrity needs to be respected," she said. "So it is a very disrespectful and profound violence, and this memorial is for us to mark that, so that more violence of this level can never happen again - or threaten our untouchable democracy.”

Several pieces of art, including a painting worth around €1.4m and a 17th-century clock, were destroyed when thousands of supporters of former leader Jair Bolsonaro swarmed Brazil's presidential palace.

Brazil's scientific police have spent a day at the country's Supreme Court and at some of the other buildings that were stormed by protesters over the weekend.

Brazil's Justice Minister Flávio Dino said that multiple investigations have been opened to look into who participated in these attacks, and who may have helped finance some of these operations. These include, for example, transporting some of the protesters who travelled from different parts of the country.

Questions have also been raised about the role of security forces in Brasilia and why more wasn't done to prevent those rioters from reaching the buildings in the heart of the Brazilian capital.

Many political and security analysts are wondering whether or not President Luiz Inácio Lula da Silva has the support of the armed forces here in this country.

The challenges ahead for the new president are enormous, as he seeks to reunite a profoundly divided country while gathering the support of institutions on the side of democracy.

The clean-up begins in Brazil’s capital