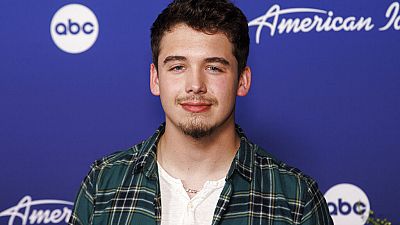 Noah Thompson won season 20 of American Idol on Sunday 22 May, during a dazzling three-hour finale.

The 20-year-old country singer from Kentucky clinched victory over HunterGirl who had been tipped as the favourite to win the US singing contest.

Thompson won the competiton aired on the US channel ABC, after a colleague signed him up and recorded his virtual audition.

23-year old HunterGirl - whose real name is Hunter Wolkonowski -  finished in second place. She was an early favourite to win and had earnt a Platinum ticket during her audition.

"Buddy you just won American Idol", said host Ryan Seacrest as he revealed that Thompson had received the majority of public votes.

"My heart is beating out of my chest," Thompson said in response. "This is crazy."

The finale, which was judged by Katy Perry, Luke Bryan and Lionel Richie, saw live performances from Flo Rida; Earth, Wind and Fire; and Michael Buble.

"American Idol ends tonight but your career is going to be forever," said Perry to HunterGirl after the votes were announced.

"You have your wings," she added.

In addition to an original song, the three finalists each performed a Bruce Springsteen cover in honour of the American rocker.

Viewer voting was counted after their two performances and it was announced that Leah had come in third place.

The two finalists then made other performances, alone or with the judges.

Hunter Girl performed a duet of 'I Told You So' with the American country singer Byran.

Noah's final song before he emerged victorious was a version of the Rihanna song Stay, which he had performed earlier in the competition.

I listened to 7,500 independent artists for the Reddit Grammy Awards