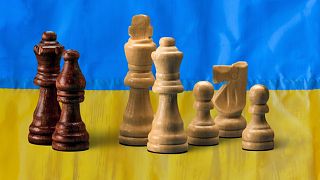 On the cobbled streets of Lviv, considered Ukraine's 'chess capital', chess enthusiasts gather to play one another on park benches.

Lviv, the western Ukrainian city, just 70km from the Polish border, has so far been largely spared the violence unleashed by the Russian invasion that began on 24 February.

However, for the Lviv chess community, the invasion of their country is not without consequences.

How is the chess community standing up against Russia?

The International Chess Federation (FIDE) has canceled the tournaments that were scheduled in Russia and banned the display of the Russian flag in international competitions.

Most recently, FIDE banned Russian grandmaster, Sergey Karjakin, from all competitions for six months, due to him being in breach of their Code of Ethics following his statements on the invasion.

Karjakin, who in 2016 competed against the Norwegian reigning world champion, Magnus Carlsen, has defended Putin's actions on social media in recent weeks.

“The statements by Sergey Karjakin on the ongoing military conflict in Ukraine has led to a considerable number of reactions on social media and elsewhere, to a large extent negative towards the opinions expressed by Sergey Karjakin”, reads the document where FIDE explained the reasons for its decision.

Furthermore, Ukrainian grandmaster, Andrei Volokitin has signed an open letter with other players, announcing that they refuse to face Russian opponents in competition.

Måneskin cancel tour dates in Russia in solidarity with Ukraine