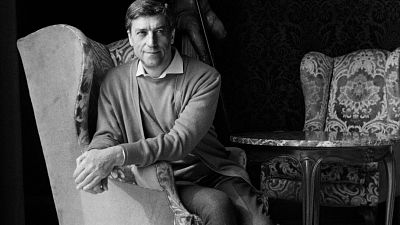 Nino Cerruti, one of the most emblematic figures of luxury men's ready-to-wear of the 20th century, an innovative designer who died on Saturday at the age of 91, will have imprinted his elegant, yet relaxed style on the world of fashion and textiles.

“I have always dressed the same person, myself,” confided the Italian couturier. Slender, he wanted to be the first to try his own creations, many of which were kept in the workshop of the weaving factory founded in 1881 by his grandfather in Biella, in northern Italy.

"A garment only exists from the moment someone puts it on. I would like these clothes to continue to live, to be imbued with life, because that's how I experienced them", said this stylist, nicknamed the "philosopher of clothing".

Born September 25, 1930 in Biella, he was forced to abandon his philosophy studies at the age of 20, after the death of his father Silvio, to take over the family textile factory and thus bury his dream of become a journalist.

Nino Cerruti was the most French of Italian fashion designers when he opened his first boutique in 1967 in Paris, Place de la Madeleine, the starting point of a luxury brand that quickly became global.

In the midst of a student protest in 1968, this heir to the textile industry brought his own revolution to the catwalks by parading men and women in the same clothes.

"Pants have given women freedom," says the designer, who has made them for brands like Coco Chanel. At the time, "it was a brave choice, because in some restaurants, women who wore trousers were not allowed".

In the mid-1970s, he created his first women's collections, which 20 years later would represent 20% of the group's turnover.

Gradually, he widened his territory, launching into perfumes, watches, shoes and even jewellery.

In the 1960s, he met a certain Giorgio Armani, four years his junior, and hired him as a designer for men. The duo, which had a profound impact on the fashion world, separated a decade later, after Armani's decision to found his own house in 1975.

Then, in the 1970s, Nino Cerruti invented the first deconstructed jacket, a discovery that introduced "casual chic" to high-end menswear.

He is a master of casual sophistication, but feels that the term "elegance" has "a terrible taste of the old", preferring the concept of "style". "To have style is to mix culture and art", according to Nino Cerruti.

Fond of the yellow sweater

Abundant hair, aquiline nose, small smirk, this patriarch of Italian fashion never separates from his favorite yellow sweater that he wears at each of his fashion shows.

He "Signor Nino", as he is affectionately called by his employees, dresses cinema celebrities, Richard Gere, Marcello Mastroianni, Robert Redford or even Jean-Paul Belmondo and makes brief appearances in Hollywood films such as Cannes Man (1996) or Holy Man (1998).

But in a context of fierce competition between the major luxury groups, which left little room for independent fashion houses, the designer sold his "Cerruti 1881" brand in 2001 to Italian investors.

"They don't have a label strategy but an industrial strategy!" he protested two years later, before witnessing the bankruptcy of the new owners in 2005.

The Cerruti brand was then sold to the American investment fund MatlinPatterson, before ending up in Chinese hands in 2011, with its sale to the Trinity group.

Nino Cerruti had returned to square one after the sale of his group, in the family home in Biella, at the foot of the Alps, to devote himself to spinning wool, which was the springboard for the worldwide success of his brand.