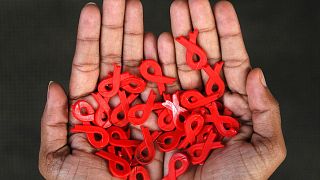 Today marks the 33rd annual World AIDS Day – marking one of the biggest public health issues in global history and the lives it has affected.

After many battles with prejudices and misconceptions, activists have fought for years to ensure that the global population are informed about what the disease is, how it is treated, and how it reshapes peoples lives.

Culture has made an immense contribution in getting people to listen and understand the illness, allowing us to reflect on the advancements made for the that 37.9 million people living with HIV or AIDS every day.

Here are some of the most crucial offerings that helped us gain awareness from film, theatre, and more.

Based off a now-famous magazine profile, Dallas Buyers Club came along in 2013 to tell the real-life story of Ron Woodroof (portrayed by Matthew McConaughey), a newly-diagnosed Texan AIDS patient existing in the 80s – a time where treatments were wildly under-researched.

McConaughey's portrayal of Woodroof sees him transform from a ostracised lost soul to someone willing to take on the Food and Drug Administration's careless, profit-focused regulations in order to allow fellow patients a better quality of life.

Dallas Buyers Club arrived at a time where it felt as though there was a pertinent lapse in AIDS-awareness in visual media. The film's brevity and charm felt unusual compared to a mainstream media's appetite for tragedy when it comes to minority narratives.

Jared Leto's portrayal of trans-woman Rayon may not sit well in the eyes of some LGBTQ+ film fans today.

But together him and McConaughey took home Oscars for Best Actor and Best Supporting Actor in a rare feat when one film bags both.

In theatre: The Normal Heart

Larry Kramer's autobiographical play made a return to London's Olivier Theatre this autumn, reminding theatre-goers why it was so essential when it was first released back in 1985.

Kramer tells his story through the eyes of Jewish-American activist Ned Weeks as an unknown sickness takes over his gay peers at a rapid pace.

Faced with the near-impossible task of trying to explain to the public why they should care, he takes matters into his own hands.

Urgency and anger soon take over as he grows alarmed at the political system's inaction and the Gay Men’s Health Crisis group is founded as a result.

Broadway revivals and on-screen adaptations have since followed, all the more pertinent as a reminder of the progress our culture has made in treating AIDS with the dignity it deserves.

Ryan Murphy's creative output (Glee, American Horror Story, a television adaption of The Normal Heart) has done wonders for the representation of LGBTQ+ people as a whole.

Modern television is, in some ways, split in a timeline of before-and-after he used his influence to convince major US networks that these stories were worth telling. No matter how big or small.

Pose is a coalescence of all of these ideas. Taking place in 1980s New York City, the show opens the mainstream media up to the era's African American and Latino drag ball culture.

Almost all of its primary characters are HIV-positive or living with AIDS, each having their stories shaped by the illness differently.

Though it's an emotionally testing watch at times, the show is subversive as unapologetic embrace of one of the LGBTQ+ community's most important subcultures, with plenty of wit and glamour to boot.

Also recommended : It's a Sin, An Early Frost, And the Band Played On

Book: David France's 'How to Survive a Plague: The Inside Story of How Citizens and Science Tamed AIDS' is a book-turned-documentary focusing on the grassroots activism for better scientific research.

Podcast : 'The Story of AIDS' , a BBC-produced audio series, dropped earlier this year investigating how the crisis unfolded around the world from the people that lived through it.

Documentary: Netflix's 'Fire In The Blood' explores the impact obstruction of medication has on people in the Global South living with the illness.

Live performance: As the world recovered from the heartbreaking passing of Queen's Freddie Mercury, his musical peers were working hard to plan a benefit concert at London's Wembley Stadium. The end result – 'The Freddie Mercury Tribute Concert for AIDS Awareness' – touched millions, and is available to view via Youtube or on DVD.